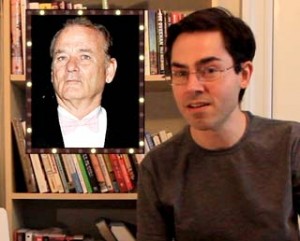 Constantly I get ideas for videos. Crazy ideas. Funny ideas. Ideas that people have labeled “impossible.” Often they become missions for me to make happen.

In January 2008 I successfully persuaded IKEA to allow me to live and sleep in one of their stores for an entire week. The result was the web series “Mark Lives in IKEA.” It received over 1.8 million views and got IKEA more publicity in the U.S. than in the history of the company.

Another web series, “Mark on AirTran,” featured me staying on a commercial airplane non-stop for a month to get over my fear of flying. I wound up setting a Guinness World Record for most scheduled flights in a month. The airline even put my face on one of their planes, which was quite surreal.

Here are five tips for turning your mission into a successful web series:

Too many times individuals do videos based on what they “think” will get noticed or be popular. This rarely ever works. My strong advice is to only do work you care deeply about. When content creators do videos on a subject they truly love there’s an authenticity and passion in the work that makes it stand out.

I almost always only pick missions that I’m passionate about. I believe the passion shows up in the work. For a full year I was obsessed that the Apple Store was letting customers to do things that no store would ever allow. Nobodyhad ever fully documented it. “Apple Store Challenge” featured me pulling off outrageous stunts in the Apple Store including me bringing a goat into the store. My genuine
excitement and enthusiasm in the video were evident.

2. Play to your strengths

As web creators we all have different strengths. It’s best to identify what your strengths are and use them to your advantage in your work. One of my main strengths (at least what people tell me) is persistence. I enjoy the challenge of pulling off things that on paper seem nearly impossible to
pull off. The ability to pull off these difficult missions in my videos “171 Starbucks,” “Six Pack Abs Challenge,” “Mark Gets Carried Away,” resulted in me doing a style of video that grabbed attention.

Momentum is huge. Sometimes it’s the little things that slowly build up into something powerful. I had done videos for a long time that while funny didn’t attract media attention or get a huge number of views. Then in July 2007 I released a video called, “171 Starbucks.” It got an enormous about of press coverage. I went on The Today Show, CNN, and Fox News. Jay Leno made a monologue joke about my video.

I used this momentum a few months later when I approached IKEA about “Mark Lives in IKEA.” Luckily IKEA had heard about “171 Starbucks” and were aware of all the media attention surrounding the video. While this certainly didn’t get IKEA to sign off immediately on my idea, it was instrumental in getting my foot in the door. Without “171 Starbucks” being a hit I seriously doubt “Mark Lives in IKEA” would have happened.

It’s talked about a lot in social media, but a call to action can be very effective. It engages viewers and makes them feel included. For my Bill Murray web series, my call to action was asking viewers to help get Bill Murray invited to my apartment for dinner. I gave out a tip hotline and also asked viewers to Tweet me.

Another useful call to action was my Netflix Challenge video project in which I set out to watch as many movies as possible on Netflix in a month. The result was over 500 film suggestions from people on Twitter and Facebook.

Countless times when I helped someone out without any thought of getting something in return, I was unexpectedly rewarded.

Many wonderful individuals helped to transform my mission ideas into a successful web series. These include:

In return, I’ve tried to be equally as supportive and encouraging. It doesn’t have to be much. It can be as simple as sending a Tweet, posting someone’s video on a Facebook wall, or an email of encouragement.