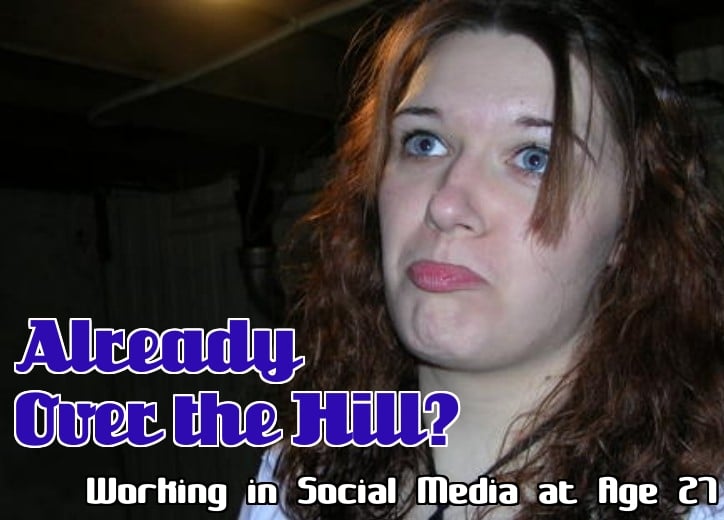 I’m 27 years old, and that’s me pictured at right pouting. Why? Because according to Cathryn Sloane, I am too old to be a social media manager. In her post yesterday, “Why Every Social Media Manager Should Be Under 25,” Cathryn writes,

“You might argue that everyone, regardless of age, was along for the ride, or at least everyone under the age of 30. I’m not saying they weren’t, but we spent our adolescence growing up with social media. We were around long enough to see how life worked without it but had it thrown upon us at an age where the ways to make the best/correct use of it came most naturally to us. No one else will ever be able to have as clear an understanding of these services, no matter how much they may think they do.”

Of course, outrage ensued. Nearly all of my social-media-savvy friends commented on this story on Facebook, with most linking to it and some even writing their own blog posts about it. On the New Media Expo Facebook page, there’s currently 50 comments on our share of this story…and counting.

In other words, people are not happy.

These differences do not wholly define us, nor do they make us better or worse than someone else. But let’s not pretend that these differences aren’t there at all, and age definitely leads to a different way of thinking. We don’t always understand why someone older or younger than we are acts a certain way. This lack of understanding is not a problem unless we fail to acknowledge it.

In fact, I don’t like the term lack of understanding. I would instead say that with each generation, there is a new understanding of the world. Not better, just new. We need to be honest about that.

Generation Y has a new understanding of social media. When we dismiss this fact, we fail to see the whole picture.

How Generation Y is Different

Social media is nothing new. At the heart of it, marketing is marketing, whether you are doing it on Twitter or on in a print ad campaign. But when marketing to different age groups, you wouldn’t do it the same way. Think of an extreme case, like promoting a product to a 70-year-old 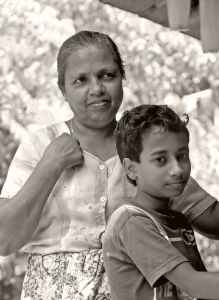 As the age gap narrows, these differences aren’t as stark, but they’re still there.

These are of course just three examples of how Generation Y is different. Why does this matter when it comes to the age of social media managers? Because these differences aren’t learned and can’t be unlearned. They are natural and inherent. Many members of Generation Y don’t remember what it’s like to not have a cell phone in hand and they aren’t on the same life paths that members of older generations were on when they were leaving high school and college.

A Discussion, Not a Debate 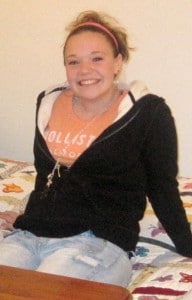 I’m not afraid to admit that Cathryn is right: at 27, I’m already over the hill. How do I know this? Because whenever I’m visiting my family over holidays, I take the time to talk to my younger cousin, Katie (pictured at right), who is now 17 years old. Technically, we’re both members of Generation Y, but I find picking her brain is fascinating and enlightening.

Did you know that when her and her friends want to plan something special, they don’t send out evites? Okay, maybe not so surprising…but how about this: they usually don’t create events on Facebook either. It’s not for lack of checking Facebook. They’re just not into it for anything casual. They instead start a text message chain and invite people and track RSVPs that way.

Did you know they don’t have email? Part of the reason they definitely don’t do evites or any other party-planning that requires email is not because they see it as out-of-date. It’s because most of them do not have email addresses that they check with any level of frequency, just throw-away accounts they can use to sign up for stuff, but they never check.

Did you know that there’s an immense amount of social pressure to be “seen” with the right people online? If someone who’s not part of the “in” crowd in high school likes your Facebook status, your other friends will automatically NOT like your status unless a third person steps in and also likes the status? It’s seen as a social stigma if you and a single other undesirable person like the same status.

I’m not ashamed to say that I did not know any of that stuff until Katie told me – and I don’t understand it. I grew up liking evites and Facebook events. I grew up liking email. I grew up without social pressure online. I am different than she is. I wouldn’t know these things without a discussion because they don’t come naturally to me.

And that’s what we need: not a debate or all-out war over who understand social media better, but rather a discussion so we can education ourselves about how different age groups view social media differently.

I think Cathryn’s post was poorly written and her argument was full of holes, yet every commenter who called her a child, claimed that she needs to grow up, or otherwise dismissed her opinions based on her age just proved her point that the older generation does not know how to effective communicate with the younger generation. We can’t respect your experience if you can’t respect our fresh point of view.

No, where I think she goes wrong is in asserting that there is nothing to be valued in professional experience at all. Being in the workplace, no matter what your job, teaches you valuable skills like team work, leadership, and organization. I know several people way past the age of 25 who do a lovely job as social media managers. What they lack in social media immersion they make up for in real-world education.