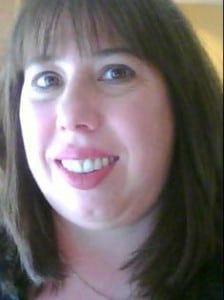 Too old for social media?

Like you, I read the post by Cathryn Sloan at NextGen Journal discussing why social media managers need to be under 25. And, like many of you, I took the link bait. As someone who is a couple of years shy of 50, this attitude gets to me. It gets to me not only because of the sense of entitlement conveyed throughout the post, but because so many young people feel the same way. And no matter how much I talk about it today, some of the under 25 generation will just write me off as being old, out of touch and not hip enough to get it. The thing is, I do get it. We all get it. Everyone who is older was younger once. We’ve all tried to fit in and we all thought our way was best. We listened to loud music, we blew curfew, we partied, and we made out in the woods. We all experienced moments that defined our generation. We were young,  gung-ho, cocky and looked to the older generation and rolled our eyes. We thought we could do their jobs better too.

Why Learning at the Entry Level is Also Important

There’s a reason entry level jobs exist. They exist because people, even people with a degree, have to gain experience. Just because one wrote for one’s college newspaper or have a blog doesn’t make one experienced. It doesn’t even make one stand out in the crowd. You can’t learn experience from  a text book or buy it at Office Depot. Experience has to age for a while before it works properly.

In the past decade I have seen younger people who feel they don’t have to do things the “long way” as we did. They feel as if they can come right out of college or spend two years in the field and receive a leadership role over someone who has been busting her hump over the past decade. It’s not even about paying dues, it’s about gaining the right kind of experience. You can’t fix something unless you know how it works. Coming out of college or an internship isn’t necessarily enough time to learn how something works.

When you’re under 25, you really don’t know much about team work. Doing trust falls during gym class isn’t a lesson in team work. Working with the same people every day, whether you like them or not, and sharing the success with the collective group instead of insisting on taking credit at the individual level is really what teamwork is all about. It takes time to learn everyone’s strengths, habits, and rhythm. Teamwork is not doing everything yourself to prove you can. It’s working together and playing off each other’s talents. 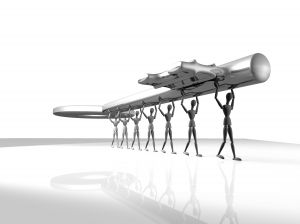 Knowing how to work well as a team is more important than mastering Facebook.

Social media isn’t about knowing what’s cool, hip, or in and it’s not Facebook. In fact, if Facebook is any indication, the 25 and under generation still have a lot to learn. When you’re my age, you know a little more about filtering and being appropriate (though I do admit to knowing many old timers who still need to work on that). We know not to post anything publicly online that we wouldn’t want to see on the front page of the New York Times. We know that if we publicly bad mouth a boss we can lose our jobs. We know that if we’re looking for work, it’s a good idea to always be on our best behavior online because people are watching.  We know that everything we post publicly is reflective of us and the brand we work for, even if it’s posted to our personal accounts.. We didn’t learn all these things in college. We learn it at the entry level and throughout our careers.

Entry level jobs are there because there’s so much more to learn than the job itself.

Here’s the thing about social media: It can be an extremely public role. Someone like me is representing my brand. My behavior and my words are scrutinized. Every thing I do is carefully weighed so we receive the right reaction from our communities. We have to anticipate backlash and anger, just as we have to anticipate success. Social media management is a strategy position, it’s not glorified Facebooking. We have to know the individual as well as the collective members of our community.

Someone fresh out of college hasn’t necessarily mastered being public. Businesses want to hire someone who knows how to talk to people, and also knows how to do damage control during a crisis. People skills don’t come from a book. They come from years of experience. The types of skills necessary in social media  come from observing and identifying the different online personalities and learning to deal with each individually. Knowing how to market to and communicate to different demographics takes time. Managing people is something that’s earned. It’s not like a driver’s license that you’re entitled to because you reached a certain age.

Lately I see too many people who feel being honest is an excuse for being rude, and that being blunt trumps any bad behavior. This doesn’t fly in the business world. In the business world, being blunt or coming off ranty and angry all the time, even the casual, be yourself,  social media world, means that a lot of people just don’t want to be around you. Brands don’t want people representing them who can’t be trusted to treat each individual customer, client, or member of the community with respect and compassion.  Sometimes, I see hot under the collar younger people saying, “well, I just won’t work for a company that censors me and won’t let me say what I want.” It’s not about censoring. It’s about having the ability to treat everyone with the respect they deserve. This isn’t something everyone knows right away. 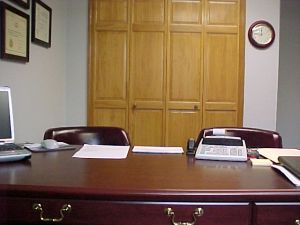 Having a job doesn't make one a professional.

Starting out in the entry level meant I was able to make some mistakes and learn by those mistakes. You HAVE to have suffered the consequences of your goof ups to truly gain experience in any business. Social media is forgiving, but it’s also brutal. Say the wrong thing, and people are all over you, much as they were all over Cathryn Sloan after she wrote her piece about being better for my job because she’s under 25.

If Facebook is Any Proof, We’re All in Trouble

If you’re like me you friend a variety of different people on Facebook. For example, some of the people who are my friends are also younger relatives in their teens and early 20’s. Some of them even friend their bosses and co-workers or don’t seem to notice the public settings on their status updates.  These same people don’t always realize that posting drunken rants or semi-nude photos can cause an employer to question their judgement. Everything we post publicly is up for scrutiny. Everything. To say, “I don’t want to work for a company that doesn’t let me post nude photos online” is kind of silly. Why would anyone hire someone who can cause damage to the brand?  If you show poor judgement on your personal social media accounts, how does an employer or potential employer know you won’t show poor judgement when representing them? They don’t. And many won’t hire for exactly this reason, especially not at a management level.

When you’re my age, you’ve been through it all, including the embarrassment that comes when something you don’t want public gets public. Knowing how and when to filter the personal stuff is probably the most important social media lesson one can learn. And when something goes wrong, knowing how to fix it while offending the least amount of people possible is also pretty darn important.

Just because someone grew up on Facebook doesn’t mean she’s more social media savvy. Many of social media’s older generation began Facebook at the same time. Before that we were on AOL, MySpace,.Ning, or any number of social networks, and we we working them. We used CompuServe and prodigy too. As Kelby Carr points out, we’ve even been gaming longer.  The methods are older, for sure, but they taught us a lot about social networking and how to deal with people and trolls. I can’t say the younger generation is more technically savvy because we started using gadgets and social networks at the same time, if not earlier.

Is there stuff the younger generation are better at? Absolutely, without a doubt. And, as my colleague Allison Boyer explained earlier today, they’ve grown up under different circumstances. But, does a unique set of circumstances qualify one to hold a managerial position? I think, no. It just means we can all relate to different things.

Demographics Also Has A Lot to Do With It

Can a 21-year-old know what it’s like to be a mom and have to do all the shopping for a family of six? Can a 22-year-old know what it’s like to wear adult diapers? Can a 23-year-old extol the virtues of the minivan?  Probably not. On the flip side, people my age have kids. We know what tweens and teens are going through because they’re living in our homes (no matter how much they think we don’t get them). They tell us their problems and fears and share their Christmas lists with us. We know who the hip boy bands are and what shows everyone is watching. We know what teens find fashionable and what will get them laughed out of high school. So we have the added ability to cater to a younger demographic as well.

Social media isn’t just about working for a brand, it’s about having a passion for the brand’s product or service. There’s no way anyone can properly run a community of advocates if that person isn’t an advocate himself.

In a Perfect World…

As a woman of a certain age I worry. I worry a lot. I worry about losing my job to someone who is seen as hipper and more youthful. I worry that some cocky kid is going to have a fresh idea and I’ll be put out to pasture. It’s in my best interests to stay on top of things and NOT be seen as “old” or “stale.” I have to stay on top of  news and trends because to not stay on top is to absolutely be out of touch. Unlike some of my much younger peers, I  know that I’m replaceable. Despite experience, not everyone wants to hire a woman of a certain age. I think about this every single day.

When I was a teen, I got very upset when people told me to grow up or that I was still immature. What I learned over time was that there was a lot more to maturity than age. All of this isn’t a case of “old v. young” or “us against them.”  In a perfect world, we can all work together as a team and be successful together. Older and younger balance things out. There can be hip but there can also be mature. Instead of writing us off as being too old for the job, take some time to learn from our experience. And instead of writing you off as immature, we should learn what makes your generation tick. There’s room for all of us in social media, but make no mistake, experience plays a big part in success. You can’t manage a community or a team without experience.

Now get off my lawn.