It’s Wednesday afternoon and you know what that means – time to take a break from work and catch up on all the new media news you may have missed in the past week. So grab that afternoon energy drink and sit back to check out some of these news stories. 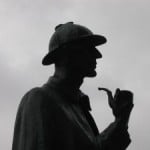 Who says all blog commenters are trolls? This week, readers of automotive blog Jalopnik banded together to help police with a hit-and-run in Waynesboro, Virginia, where victim Betty Wheeler died after being involved in a hit and run. The only piece of evidence left behind was a piece of the alleged killer’s car. So, a Jalopnik blogger asked readers to help identify the piece – and in a matter of minutes, they did. This information was sent to the police investigating the case. It’s great to see the power a blog community has. Does your community have this kind of teamwork ability? If not, what can you do to strengthen your community? 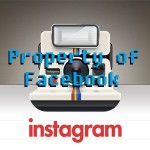 Of course, the big story this week is that Facebook bought Instagram for an astonishing $1 Billion. Facebook CEO Mark Zuckerberg has noted that although they will be working closely together, Instagram sharing won’t be limited to Facebook, nor will the company be absorbed by it’s parent company – it will remain its own entity. Although some users have already voiced concerns, they have a lot of support as well – and Instagram has shot to number one in the app store thanks to Facebook’s announcements. It will be interesting to continue watching this story to see how Instagram changes now that it has an overlord and more funding than they could have ever hoped for. Will the service improve photo sharing abilities? Will we see major problems? What do you think?

Recently, the U.S. sued Apple and a number of publishers, claiming that the companies colluded to unfairly fix ebook prices. While these companies claim that their publishing policies “enhanced competition in the e-book industry” which was previously dominated by Amazon, the Justice Department is investigating just how Apple worked with publishers to change the way they price ebooks for the iPad, which currently allows publishers to set the end price for consumers and give Apple a commission, rather than allowing the retailer to set the price. The problem is that it’s alleged that executives conspired to fix and raise prices through most-favored-nation provisions in their contracts with Apple so no other retailer could offer lower prices. The Justice Department held a press conference today, announcing an antitrust settlement that, if approved by the courts, will allow retails like Amazon and Barnes & Noble to reduce their prices, effectively terminating anticompetitive most-favored-nation agreements publishers have with Apple. This could mean that we see a vast reduction in the price of ebooks in the near future.

Google+ Gets a Makeover

Today, Google announced a brand new look for Google+, giving the network a much needed face life. New profiles feature better navigation, a drag and drop system, new ways to find interesting conversations, a dedicated page for hangouts, a new chat list sidebar, and more. Although many praised Google+’s initial sleek look, I think a redesign was in order to keep the network competitive, especially with Facebook. Sharing content is now easier than ever on this platform, but the question remains – with Facebook holding strong, Twitter continuing to grow, LinkedIn holding the professional attention, and Pinterest gaining ground with leaps and bounds, can this network survive? 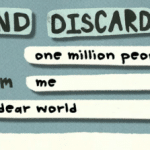 The ListServe Allows You to Email Millions

What would you say if you had a million people listening? That’s the question a group of NYU Students are asking with their new social experience, The ListServe. According to reports, this service allows anyone on their giant email list to enter a lottery where, if won, they get to send an email out to the rest of the list. The email can literally be anything from what the person has for breakfast to funny kitten pictures. Well, almost anything. Each email will be reviewed to ensure it doesn’t contain porn or viruses. But it’s an interesting concept, and one that marketers may be able to use to reach new audience members. Though I have to wonder, is getting another email every day worth the chance to send a blast to a random group of people?