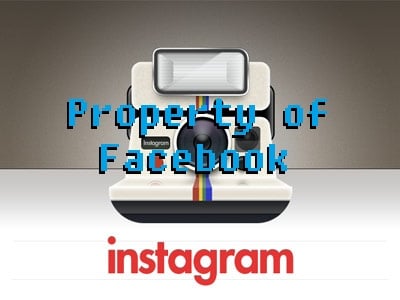 Today, Facebook overlord Mark Zuckerberg announced the company has acquired the user-friendly smartphone picture app Instagram, which made news last week when it (finally) came to Android. The purchase price? A whopping ONE BILLION DOLLARS. But all things considered, that might be a bargain for Facebook, depending on user reaction.

And I think users are still awe-struck by the news, which was kept pretty quiet until today’s announcement. But the question on their minds, is this: Should I like this change? Or should I run for my life?

As of writing this post, Zuckerberg’s status has been liked by 86,391 people, and it’s only been about an hour. Of course, there’s no dislike button on Facebook, which might tell another tale if it were available. But that made people liking a status so quickly means that the company does have some support – and I’m an optimist. Personally, there are several things about Facebook and their policies that I do not like, but I think this acquisition is going to be awesome for both companies.

You all know the story about the little engine that could, right? Basically, it’s the kid’s tale of a engine who is faced with going up a huge mountain carrying a heavy load. He repeats, “I think I can, I think I can” over and over to stay motivated and make it to the peak, even when others find it an impossibly daunting task for such a small train. Instagram has been that little engine.

The company has…or, well, had…only 13 employees, and less funding from investors than you’d think, given their popularity. I’m assuming that one of the reasons it did take so long for them to come to Android was lack of resources. There’s such cool potential with Instagram, but being a small start-up isn’t easy.

Now, they’ve got no excuse. If I was CEO Kevin Systrom, I would be tempted to fill my office with money and roll around in it. More money allows you to give customers a better user experience, expand the project to be available to more people, get creative with your offerings, and more. Having an investor like Facebook makes it possible for Instagram to get even better – and that’s a good thing for users.

Of course, the downside is that the person paying the bills pretty much gets to call the shots. Facebook has already said that they plan to keep the company as it’s own brand, rather than absorbing it into Facebook. I imagine that it will be similar to Google and YouTube – the companies will heavily work together, but Instagram isn’t going to just disappear before our eyes.

At least, that’s my hope. Again, I’m an optimist.

But I think Facebook is maturing as a company, and they realize that changing Instagram to be something exclusively for Facebook users is not a good direction for the company. In his announcement, Zuckerberg wrote:

In other words, Facebook has a cool new kickball, but they are going to share it on the playground with all the other kids so everyone can play kickball together. They just get to be pitcher.

Still, I think it’s something we need to keep an eye on as users. My hope is that Facebook will use this acquisition to make their own photo-sharing offerings stronger for Facebook users, but without mucking it up for current Instagram users who don’t want to be forced to use Facebook or change the way they use Instagram drastically. That might not be what happens in reality.

And a final thought: What say you, Google+? For a network that has been competing with Facebook, this is a pretty big blow. I bet smaller networks like Pinterest and even Twitter have just gotten juicier-looking to Google!

Your turn to weigh in! What do you think of the Facebook-Instagram deal?