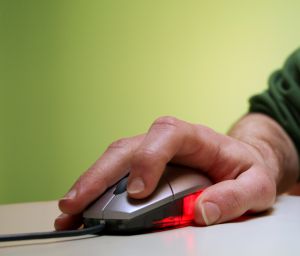 Whenever I write a new post, whether it is for BlogWorld or for one of my own sites, I automatically tweet out the link. Literally, it is automatic. I use a service called TwitterFeed to make sure every new link is tweeted, along with the title. I know some people are against Twitter automation, but I think in this case, the pros outweigh the cons. Many of my followers like the announcement when I write something new.

But I also tweet other links throughout the day, including some to my own sites – either the newest post I’ve written or a post from the archives that I love. These aren’t automated, and I’ve learned that just how I craft the tweet can instantly lead to more traffic…or it can lead to my tweet being ignored by 99% of my followers.

So here’s how I write tweets that get people to read my content:

When TwitterFeed tweets my link or I use a share button to tweet the link on a blog post I like, the automatic formula is Post Title – Link – via @whoeverwroteit. That can get you some clicks if it’s brand new content, especially if the title is compelling, but it’s not the best way to get a ton of traffic when tweeting older links or tweeting links for the second or third time. Mix things up so that you don’t become white noise to your followers.

People like to give their opinion on a topic. Unless your title asks a question, you aren’t really inviting them to answer anything when you tweet your link with the generic Title-Link-Via formula. One way you can instantly get more clicks is by leading with a question. For example, if I wanted to promote this post on Twitter, I could write: “What makes you most likely to click on Twitter links? Answer here: *link*.” People need to be invited to your blog sometimes.

People want to read the best of the best. If you’re a prolific link tweeter (guilty!), taking the time to mark an occasional post as special in some way can entice people to click. For example, I might write, “I’m super proud of my latest post. I think it’s the best on my blog!” or “I just finished writing a post that means a lot to me. Would be honored if you guys checked it out.” Of course, include the link with your tweets and make sure that your claim of something special doesn’t fall short – use this technique sparingly and only when you do write something that you’re especially proud of posting on your blog.

You’re going to get more clicks at 3 in the afternoon than you are at 3 in the morning, no matter what your tweet says. Beyond that, though, do a little testing and find specific times that work for your audience. For example, I find that bloggers tend to read more in the morning, so I tweet BlogWorld links in the AM, while I find that college kids are night owls, so I tweet After Graduation links at night.

People are more likely to click on shorter tweets for some reason. It also makes it easier for retweeting purposes. So even though you have 140 characters to promote what you write, try to use under 100 whenever possible.

Sometimes the title doesn’t do the best job of describing just how the post will help people. Even the title of this post, for example, might be straight-forward, but it isn’t quite as enticing as a tweet that reads, “Having trouble getting people to click your links on Twitter? This is a good post for you: *link*.” Titles should be enticing, but sometimes when you tweet about the problem you’re solving in a more conversational way, you get more clicks.

This post isn’t in response to another post I’ve read, but let’s say it was. I might still want to title it “How to Write Tweets that Instantly Lead to More Traffic,” but when I tweet about it, instead of using the title, I might say, “I wrote a response to @someonesname’s post about Tweeting. Do you guys agree with me or him?” or “I liked @someonesname’s Twitter post so much, I had to write my own. Here’s my take on the topic.” (include links of course). Not only is it enticing to read two disagreeing opinions on something (or opinions that don’t necessary disagree but build on one another), but you’ll also attract the attention of the other blogger and they might retweet your link or at least click in themselves to see what you have to say.

Above all, remember that Twitter is most valuable in terms of traffic when you keep two things in mind:

So those are my Twitter traffic tips. What makes you most likely to click a link? Or what techniques have you noticed work with your blog when you want Twitter traffic?