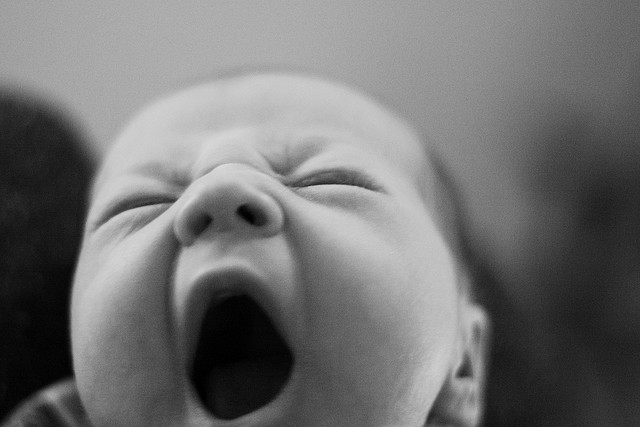 Photo via twob under the Creative Commons license.

Earlier today, a friend of mine posted a silly quote/picture on Facebook. I won’t repeat it here because it admittedly was a little risque, but it did make me giggle. And within an hour or so, ten people had liked it (keep in mind, she isn’t a blogger or social media person, just a typical user with 200 or so friends), so I guess it made others giggle too.

Then, one of her friends left a comment saying, “This really isn’t funny. Shame on you.” I’m paraphrasing, but the woman was clearly very offended. The original poster immediately responded with, “I’m so sorry! This just made me giggle and I have a long day! I certainly didn’t mean to offend anyone, though!” Again, paraphrasing.

Was the picture a little offensive? Okay, maybe. But it was also hilarious.

Another story: I was surfing some blogs about *nerd alert* video games, as I often do, and I came across a strongly-worded post about whether or not one console is better than another. For those of you who aren’t gamers, this has been a hot debate for years upon years in the gaming industry – “hardcore” gamers are usually either fans of Microsoft (Xbox 360) or Sony (PlayStation). It’s a debate comparable to Mac versus PC.

The writer was extremely critical of Sony, as his console of choice is the Xbox 360. He made some really great points, but the content was also pretty offensive for Sony fans – and they weren’t shy about letting him know that in the comments. He definitely had supporters as well, but several commenters were upset about his piece.

Now, my friend on Facebook could spend her days posting nothing more than G-rated jokes and politically correct comments and the game blogger could write a post entitled, “Why Microsoft and Sony Consoles are Both Awesome,” but let’s face it…those things are a bore.

If you aren’t offending anyone, the result is the above picture – a yawning audience.

Let’s make a few things clear. There’s good offensive and there’s bad offensive. Being “offensive” in the context I’m suggesting does not mean:

What it does mean is:

You don’t have to be in-your-face about it. You don’t have to be mean. Deb Ng is one of the most friendly, accommodating people I’ve ever met, but her blog posts on Kommein are often very opinionated and may offend or upset others. Pace and Kyeli at Connection Revolution are all about peaceful entrepreneurship, not aggressive snark, but I’m sure there are regularly readers turned off by their content.

There are a lot of in-your-face people out there as well of course. Johnny B. Truant. Ashley Ambirge. Elizabeth Potts Weinstein. Lots of other successful or up-and-coming bloggers. So yes, that’s one path to take on your honey-badger blogging journey. But the point is, you don’t have to be aggressive to be offensive. At least, not the good type of offensive.

In fact, I would go as far as saying the goal isn’t “to be offensive.” That word is a bit strong. The goal is to be thought-provoking, interesting, and original, knowing full well that there will be some people who will disagree and there might even be some people who are offended.

You cannot please everyone. And you shouldn’t try. If you write for everybody, your content will be too watered-down and boring for anybody. Write for “your people” – the people who are inspired by what you have to say, rather than writing to please everyone. The best content is always full of ideas and opinions we can discuss and debate.