It’s an upsetting thought for a lot of people, but I’ve never been one to go with the crowd. I’m more than happy to allow Pinterest to make money from my pins using SkimLinks. But I feel like a disappointed parent…because I wish they would have just told me.

Beyond FTC rules they are potentially breaking by not disclosing the presence of affiliate links, I don’t think it’s fair that Pinterest doesn’t make this process clear to new users. Even worse, the process for adding your own affiliate ID is difficult. In most cases, you have to add the pin, then go back in and edit the link, and while you’re making adjustments, your pin is live with their link…and people repin stuff pretty quickly sometimes.

The other problem is that sometimes bloggers and other content creators what to post their own products. You obviously aren’t an affiliate for yourself…but Pinterest could just take it upon themselves to add their own ID to your links, so you’re doing all the pinning work but you still have to pay out a commission to the company. Bogus.

Overall, though, I’m not inherently mad about Pinterest hijacking my links and making some money with affiliate sales. In fact, I hope they keep doing it.

The company has to make money somehow, right? Take a look at the site. Right now, how is it making money for the company? The answer is…it isn’t. To be sustainable long-term, the company would probably have to start having sponsored pins (yuck), blatant sidebar ads (yuck), or membership fees (yuck). I’d rather them make use of potential affiliate links that aren’t being used anyway. It makes sense because it doesn’t change my Pinterest experience in any way, yet the company still makes money.

It’s kind of like the chubby kid in the cafeteria coming up to you and asking, “Are you going to eat that?” If you’re not, give him the other half of your sandwich. Someone might as well enjoy it rather than it getting thrown away.

But they need to disclose this. Here are the changes I’d like to see:

Pinterest, I’m happy for you to make some money from me. You have an awesome platform that I love to use, and I feel good that you’re able to make a little money in exchange for me being able to continue using your cool site. Just be honest about it and give me some options to make the experience less shady. Let’s keep Pinterest awesome. That way, we can all make a little cash and enjoy the pinning experience. 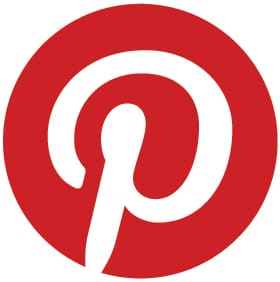