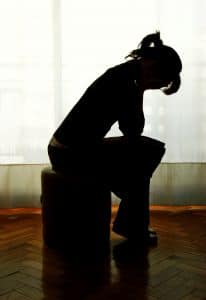 Don't be sad if you're left home alone - rock that conference anyway!

This past week, many of my friends were in Las Vegas for CES…or, at least, wishing they were. It happens to all of us – a major event happens and we get left behind while others in our industry attend and tweet about what a fabulous time they’re having. They blog about keynotes we don’t get to hear and post pictures of parties we don’t get to see. But the worst part is that it feels like every other blog in your niche is getting a ton of traffic as readers flock to their event posts while you’re stuck regurgitating second-hand news.

But do you want to know a secret? You can totally rock an event…even when you’re not there.

Attending an event is always the best-case scenario. It’s just not always possible, for whatever reason: money, time, family responsibilities…so let’s take a look at a few ways you can be one of the cool kids, even if you’re at home!

Everyone at an event is focused on reporting news happening there. That doesn’t mean the rest of the world goes on hold, though. When something happens in the industry outside of the speakers and announcements at the actual event, bloggers who are actually at the event typically don’t cover it or even know about it. They’re too busy. That gives you the chance to corner the market on traffic!

For example, the night before CES started, Leo Laporte was denied access to a tech event and the PR company involved made fools of themselves on Twitter and Facebook. While this was slightly related to CES, since it was a related event, everyone was jet-lagged from flying into Vegas or attending pre-CES parties. I even waited to post my story the next day, and I was still one of the only people who wrote about it. As a result, I got a lot of search engine traffic and a fair about of shares on that post.

One of the really fantastic posts Julie wrote about CES, even though she wasn’t there, was a mini-directory of members of the BlogWorld community who are attending CES. If you’re interested in following news about the event, this gives you a list of people tweeting about it, and if you’re attending the event too, it’s a great way to connect with others.

The point is that even if you aren’t attending an event, you can be helpful and relevant. It’s just like every other topic you cover – be as helpful as possible to your readers, and they’ll come back for more (and tell their friends to visit too).

Often, many people who attend events blog about the same things – a cool product that was the hit of the show, a fascinating keynote, or an interesting announcement. You can report on the news, but since you aren’t there, you can’t give readers a first-hand opinion. What you can do, however, is create a post round-up of all the bloggers who are discussing the topic in question. That way, people who are looking for information about, for example, a specific new technology being shown at CES, can use your round-up to find posts they’ll want to read.

Whether you attend a conference or not, if you write about it, let the community manager or social media manager know about your posts. Conference organizes love to read what people have to say about their event, and often, they’ll even help promote your posts or respond to your questions.