SOPA has sure made a mess of things, hasn’t it?

No company knows that better than GoDaddy. When the list of SOPA supporters came out, Internet users everywhere cried to users to boycott GoDaddy, moving hosting and domain name registration to other companies. A lot of people did. Last Friday, when this story was getting top billing on tech sites everywhere, over 21,000 domain names were moved to other companies. That hasn’t stopped people from registering thousands of new domain names. 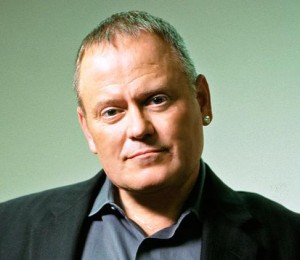 Bob Parsons, CEO of GoDaddy - worthy of our forgiveness?

The net loss for the day was only 1,020, which is pretty insignificant considering that they manage over 50 million domain names.

Yesterday, the specific day when people were encouraged to move their domain names, the boycott fizzled completely. The company actually had a net gain of over 20,000 names, though they have admitted a spike in transfer rates.

The boycott has made a difference. A few days ago, GoDaddy released a statement saying that they no longer support SOPA. Then, more recently, the company released a statement saying that not only were they no longer supporting the bill, but they now directly oppose it. The lack of support for transferring names yesterday can be attributed to both GoDaddy’s changing stance on the issue and Reddit’s new focus on actual politicians. (Reddit is where the call for a GoDaddy boycott originally started.)

So with all of that said, is it time for the blogging community to forgive GoDaddy?

I personally have domain names registered and hosted with two different companies – GoDaddy and HostGator. I was poised to switch everything to HostGator, but when GoDaddy changed their position and decided to oppose SOPA, I decided to keep my account. For now.

In my opinion, it sends the wrong message to boycott the company after they’ve given in to consumer demands. I’ve even seen people making fun of GoDaddy for changing their position so quickly to appease customers. Um…isn’t that what we wanted? What, did you want a more difficult fight?

The whole point of a boycott is to change what a company is doing. So if the company makes the changes you want and you still boycott, it sends the message that it doesn’t matter whether a company listens to its consumers or not. Next time, they won’t bother changing because it won’t make a difference anyway.

A good analogy is a kid who won’t finish his dinner. You tell the child, “Because you haven’t eaten the rest of your peas, you aren’t getting any cake for dessert.” If the child clears his plate, you have to give him the cake. That was the implied deal. You can’t really say, “Well, originally, you decided not to finish your dinner, so you still aren’t getting cake, even though you changed your mind.” Well, I mean, you can, but good luck getting the kid to eat his dinner tomorrow. You’ve conditioned him to think that it doesn’t matter what he does; you’re going to withhold cake if you feel like it.

There’s no shortage of reasons to dislike GoDaddy. If you decide to leave because of the dead animal debacle, do it. If you object to their racy ads, transfer your names. If you believe the company can’t be trusted to make good decisions in the future, close your account. These are all good reasons to leave – for some people.

But if your reason for leaving was to boycott the company’s support of SOPA, I think you should stay – or even consider moving back if you already transferred. The boycott worked, and we want to send the right message – that if we boycott you and you change, we’ll stop boycotting. It’s time to forgive and move on to find other ways to make a different in the fight against SOPA. A lot of other companies and politicians still support the bill, and we need to at least try to change their minds.

A final warning to GoDaddy, though: the Internet might forgive, but we never forget. You’re on probation.

Picture via Parsonsrep at Wikimedia Commons.

Why SOPA Scares the You-Know-What Out of Me