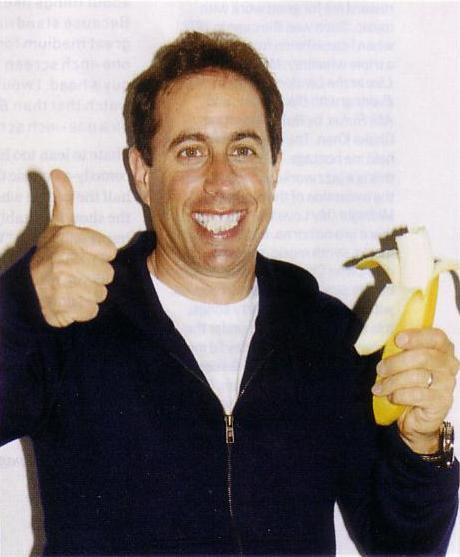 Since the new Facebook Timeline is now rolling out to everyone (do you have it yet? do you!), I was doing a little digging this morning on the social networking site. As I was researching, I found this gem of a video – Jerry Seinfeld basically predicted Facebook in the 1990’s. (I dedicate this post to the BWE team who participated in the #BWEchat back channel last night. You guys are crazy.)

Take a look at the video to see what I’m talking about.

So, not only does he predict Facebook, he explains the reason (okay, one of the reasons) it exists:

“It’s very important for human beings to feel they are popular and well liked amongst a large group of people, that we don’t care for.”

Jerry Seinfeld – you are a genius.

I wonder how many more 1990’s gems like this we could find, where they show that things haven’t really changed much? Just the way we do things has.