It was invigorating. Attending the BlogWorld & New Media Expo in Los Angeles was like attending a conference for TV in the early 1930’s—an opportunity to see the future of media with my own eyes. 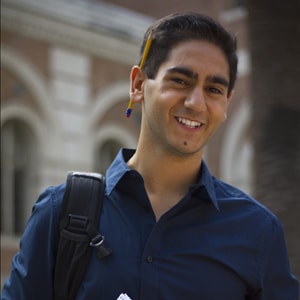 To be honest, I entered the conference with a few misconceptions. However, after attending BlogWorld, those myths were instantly busted.

MYTH #1: Learning is best done in the classroom (or in this case, the panel room)

As a bootstrapped college student, I was upset that I couldn’t afford the full conference ticket. Although the expo-ticket gave me access to the keynotes and the exposition floor, it did not give me access to the numerous panels throughout the weekend. I soon realized, however, that everyone I talked to, whether at one of the planned mixers or just sitting on a bench beside me, was an expert in their own niche. This realization turned the entire conference upside-down for me.

Instead of simply waiting in anticipation for the keynotes, I began turning to the people seated next to me and asking them questions. The breadth and depth of expertise found amongst the attendees of BlogWorld blew me away. I met incredible people, ranging from an older woman from Ireland who was a podcasting expert, to a young Canadian guy who was a social media consultant for the restaurant industry. With every new conversation I felt as if I was hitting the “I’m feeling lucky” button on Google—always getting something of value while still being a bit surprised by what I found.

For the first time in my life, BlogWorld gave me the opportunity to learn directly from experts in the field. As a student, I always thought that learning was best done in the controlled environment of a classroom. But after attending BlogWorld I learned that I could engage some of the greatest gurus in the industry on the expo floor, in the hallway, or even at a party.

MYTH #2: Blogging is just a hobby

I began the conference with the naïve thought that blogging is to young adults as knitting is to old people—something they do in their spare time. I knew there were a lot of people who are full-time bloggers, but I had no idea how indubitable of a business it actually is.

While listening to the founder of the SocialMediaExaminer, I learned how he created an entire business model with a blog as its main course and he would then monetize the side dishes (by creating online conferences, by selling extra tools, etc). Not only did I hear about all these ideas, but I also learned how to implement them—and that is what I was really curious about. I learned how bloggers get sponsored posts, how they work with brands for product placement, and even how they negotiate to get free promotional items to giveaway to their readers.

I was blown away when I learned that major advertising agencies work with bloggers the same way they do with television networks. I’m sure this sounds sophomoric to you pros out there, but this was entirely new to me. The tremendous business opportunities available in new media is definitely not being taught in my business school’s curriculum.

There was a certain culture—dare I say, a gravitas—to the people at BlogWorld. Think: New York publishing ambition crossed with Silicon Valley edge. It was simply awesome.

I made some incredible friends at BlogWorld, and we are still in touch today. Plus, there was an essence of openness, authenticity, and generosity at the event that is rare for a college student to experience (campus career fairs usually look like an episode of Survivor).

I know some people like to calculate ROI (return on investment), so here is my final breakdown:

Overall, it is pretty clear that BlogWorld was hands down one of the best events I’ve ever been to.

Most people idly sat by as newspapers emerged, and then radio, and then television. Today, the world is getting hit by the wave of blogging and new media. If you want to surf on the edge of this wave instead of wading in the water, be sure to give the next BlogWorld Expo some serious thought. I’m sure I’ll see you there next year!

Alex Banayan is an author, speaker, and a full-time undergraduate student at the University of Southern California. You can read more about Alex on hisblog, or you can connect with him on his facebook page. 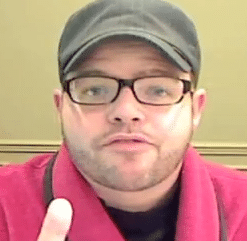 2 Minutes of Jay Baer: How Much Do You Open Your Kimono?

How to Seriously Rock the BlogWorld Virtual Ticket 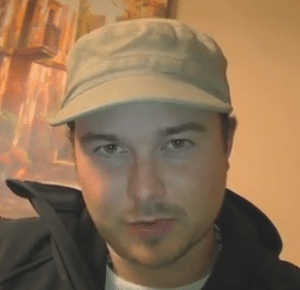 2 Minutes of Benny Lewis: Be Successful Without Being Aggressive