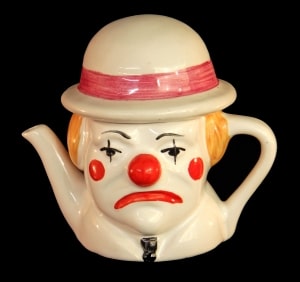 I’ve been having a rough week. Maybe it just seems rougher than normal since I spent much of last week with my family celebrating Thanksgiving. But in any case, today I felt the need to tweet the following message:

Seriously, this week is suck on top of more suck. What gives, life?

Immediately, a bunch of my Twitter followers and friends tweeted back, asking what was wrong and offering to help in any way they could. It made me regret the initial message a little to be honest. There’s nothing anyone can do to help with the situations in my life right now. And really, it’s not that bad. I’m just having a grumpy week with a lot of roadblocks. There are people out there who are dealing with much worse situations.

You all know her (or him): That person on Twitter or Facebook or Google+ who is negative and upset all the time. Something is always wrong and life is always on the brink of ending. Even happy moments are laced with negativity. It’s not, “I’m having fun with my sister today!” It’s “I wish I could hang out with my sister more.” It’s not “I’m getting a promotion!” It’s “My boss is finally recognizing everything I do for this company.”

The great thing about social media is that I can choose to unfollow/unfriend someone if their tweets start to bring me down or annoy me because they’re so negative. And I usually do. It’s just not what I like to see every day.

But sometimes, I’m a negative nancy. I think we all are. When you’re having a down day, you have two choices:

I think there are pros and cons to both approaches.

Initially, I regretted my negative tweet. But then the ever-ingenious Pace Smith reminded me that it has a purpose:

@PaceSmith: On the one hand, Twitter’s a public forum & it’s unhelpful to vent in public. On the other hand, it’s where your friends are! And your friends want to be there for you.

It’s so true. Most of my friends are on Twitter, so it feels good to have their support – and they can’t support if they don’t know something is wrong. Negative tweets (that are still respectful of course) can also help you seem more “human.” People follow you on Twitter because they like you and the real you doesn’t live in a rainbow, sunshine, and unicorn world. At least not every day.

There’s something to be said for avoiding social media when you’re in a bad mood, though. This year, one of the overall concepts touched on by many speakers, including Lisa Barone, was that you don’t need to show every horrible part of yourself to be authentic.

People can only remember a few things about you. And, more importantly, that negative tweet will be the first thing some people see when they check out your profile. Even if you’re only negative one out of 1ooo tweets, that one could make a bad first impression for someone who chooses that moment to look for you online.

What do you think? Do you ever use social media to vent or do you stay away when you’re in a bad mood?