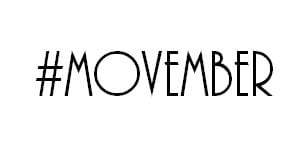 They estimated around 24 million photos were posted on Twitter, with the most popular ones from singers like Justin Bieber and UK boyband One Direction. Mashable rounded up the 10 most popular re-tweeted pictures, which you can see here.

I heard a lot about #Movember from one of the BlogWorld panels I attended at #BWELA. Several of the dad bloggers who were panelists were participating in Movember. Basically, November is the month that guys grow a mustache, or ‘mo’, to raise awareness for men’s health issues. The guys share a daily or weekly update on their mustache progress. At the time Skylines rounded up these popular hashtags, 30,000 photos for #Movember had been posted on Twitter.

The other four popular hashtags were:

#sexiestmanalive – Mostly parodies for who they thought should win – Bradley Cooper took it!

Over this past weekend #blackfriday pictures, as well as pictures from the #Walmart Black Friday madness were quite popular.