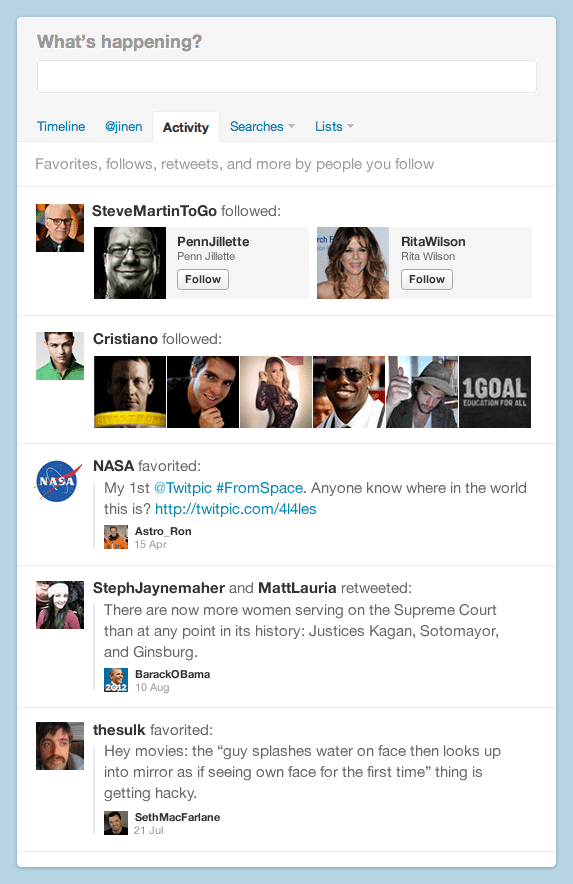 Back in August, Twitter announced a new feature – the Activity tab. They described it as “a rich new source of discovery by highlighting the latest Favorites, Retweets, and Follows from the people you follow on Twitter – all in one place.”

The roll-out of the new feature has begun, although some users are saying it seems to come and go. Once it appeared on my Twitter account, it’s been there to stay.

When I first started tinkering around with the Activity Tab, the verdict was still out as to how I felt about it. But now that I’ve been using it for a couple of days, I can see the benefits.

It opens up the Twitter world to me a bit. It’s nice to see, in real-time, who the people I choose to follow have followed on Twitter. It definitely makes the whole Twitter process more fluid, interactive and more like a social network.

Another feature you may have noticed, is the @username. It replaces the @mentions and gives you the ability to see who re-tweeted you,  which of your tweets are favorites, tweets directed at you, what lists you’ve been put on and who just followed you.

For those of you who don’t like all of the other “noise” and just want to see who mentioned you, Twitter has made it easy. Just click the box that says “Show mentions only”. 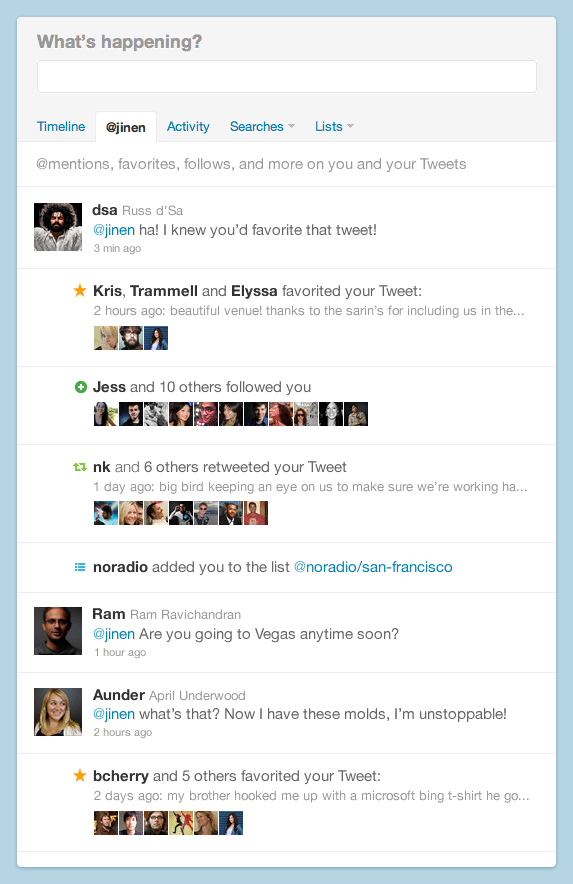 Two questions – Have these new features been made available to you yet and if yes, what are your thoughts on them? 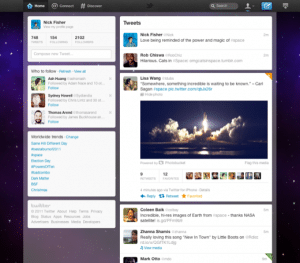 5 Major Twitter Changes Coming to a Computer Screen Near You