No, the above headline isn’t a joke with a punchline or anything, it’s in response to an interview with Google’s Chairman Eric Schmidt.

He’s currently in South Korea and was asked by reporters about a comment Steve Jobs made saying  Android was a rip-off of the iPhone.

The following statement was included in the Steve Jobs biography written by Walter Isaacson.

“I will spend my last dying breath if I need to, and I will spend every penny of Apple’s $40 billion in the bank, to right this wrong. I’m going to destroy Android, because it’s a stolen product. I’m willing to go thermonuclear war on this.”

Sshmidt’s response was “I’ve decided not to comment on what’s been written on a book after his death. Steve is a fantastic human being and someone who I miss very dearly. As a general comment, I think most people would agree that Google is a great innovator and I would also point out that the Android effort started before the iPhone effort.”

Some are saying it’s not the timeline that’s in question here, rather the features of the Android phone.

The Next Web says, “When the HTC Dream was introduced (sans multitouch) in 2008, it had transformed itself into a mirror-world version of the iPhone. By 2010, Android phones had incorporated multitouch technology and other features popularized in the phone market by Apple, sparking Jobs’ ire.”

What are your thoughts – Is it a timing issue or a features issue? Or, do you even care? 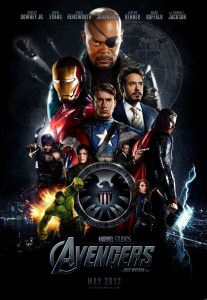