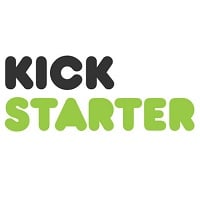 I recently contributed to a Kickstarter project for the first time. The project in question is ZOMBIES, RUN!, a game for iPhone, iPod Touch, and Android that encourages you to work out. As you run (in real life), your character advances in the story, so you actually have to get off your butt and get some exercise to win.

For those of you with no experience on Kickstarter, this site allows you to ask for small donations to fund specific projects (like the development of an app). You set your goal amount and the date by which this goal needs to be reached. If you get there, supporters’ credit cards are charged and you get on your merry way working on the project. If you don’t, no one pays anything.

The team that posted the ZOMBIES, RUN! ap project made their goal $12,500. Currently, they’ve not only funded the project completely (and they did so well before their deadline of October 10), but they’ve raised $72,627. Woah mama.

But then, of course, there are projects that aren’t so successful. Every day, Kickstarter projects expired unfunded, with disappointed would-be millionaires wondering what went wrong.

I’ve done some browsing on Kickstarter, checking out what is successful and what is not. Here are some common characteristics of Kickstarter projects that are successful:

Before you upload information about your project, ask yourself – is this something people will want you to do? Or is it something that you want you to do? People don’t want to fund projects that are just like everything else out there. They want something cool, unusual, and fun.

If your finished product creates something worth $35, anyone who pledges that among should get it for free. But what about the people who pledge just $5? If all you’re giving away at this price point is a “thank you,” people are going to move on to the next project. It doesn’t seem like a big deal, but those $5 donations add up! So give them something (though give away better stuff at higher levels to encourage giving).

At higher levels, you want to create some packages that include really cool stuff. If your project is a novel, maybe you’ll name a character after each donor, for example. You want to make these packages extremely limited to create scarcity. If people don’t buy RIGHT NOW, they might miss out.

So your project will cost $10,000. What happens to the extra money if you raise even more? Along with cool prizes, give people extras that make your project even cooler if it is over-funded. For example, the ZOMBIES, RUN! project will include guest stars doing voices in the game for every $10,000 more they raise – and the donors got to have a say! They send up a survey asking who we’d like to see in the game and that’s how they’ll determine who they’ll contact.

Whatever level is your “main” donation (usually around $25), make the next level up just a little bit more with an extra bonus. For example, let’s say you’re trying to fund a music project and anyone who donates $25 will get the finished album for free. Maybe for $30, you throw in a personalized autographed copy. It’s just $5 more, so why not upgrade? For very little extra time (and no extra money unless you count having to purchase a pen to sign copies), you’re making more money with every donation.

If your project is explained in a confusing or boring way, people will click on to the next project. Be very clear in explaining what you’re doing, but more importantly, explain why it is so darn cool for potential backers. Include pictures and don’t be afraid to inject a little personality! Make people laugh, make people cry, make people want to help you.

Once someone pledges, you can contact them with project updates (they can opt-out of emails, but I’m guessing that most don’t since they want to know what’s going on with their money). Don’t be annoying, but send updates asking supporters to spread the word. You can also add additional bonus, so it encourages people to come back and donate even more money.

People will hesitate to donate when no one else has stepped up to the plate. It looks like the project might not be worthy and they wonder if they’re doing something unwise with their money. So, immediate after you upload your project, pledge to it yourself and get some of your close friends and family members to do the same, even if they only pledge at the $1 or $5 level.

I should go without saying that you should promote your project on Twitter, Facebook, and all of your other social networks. Even better, link to these profiles on your Kickstarter page so people can spread the word.

I see a lot of Kickstarter projects where people seem almost apologetic that they’re asking for money. Some even flat-out say that they’re sorry or give reasons as to why they’re asking for money on Kickstarter rather than paying for the project out-of-pocket. It makes me think that you project isn’t worth my money and you’re just looking for a free hand-out. Start-up companies look for investors every single day. You aren’t doing anything wrong, so don’t apologize. Just do something awesome.

People like to support people they know, and a video helps potential backers feel like they’re getting to know you. Your video doesn’t have to be long. In fact, shorter is better in many cases. Just say hello, talk about your project a little, and thank everyone for donating.

I haven’t actually tried Kickstarter myself for anything, so I hope that if you have, you’ll chime in with some of your own tips. What made your project successful? Or, why do you think your project went unfunded? Leave a comment!