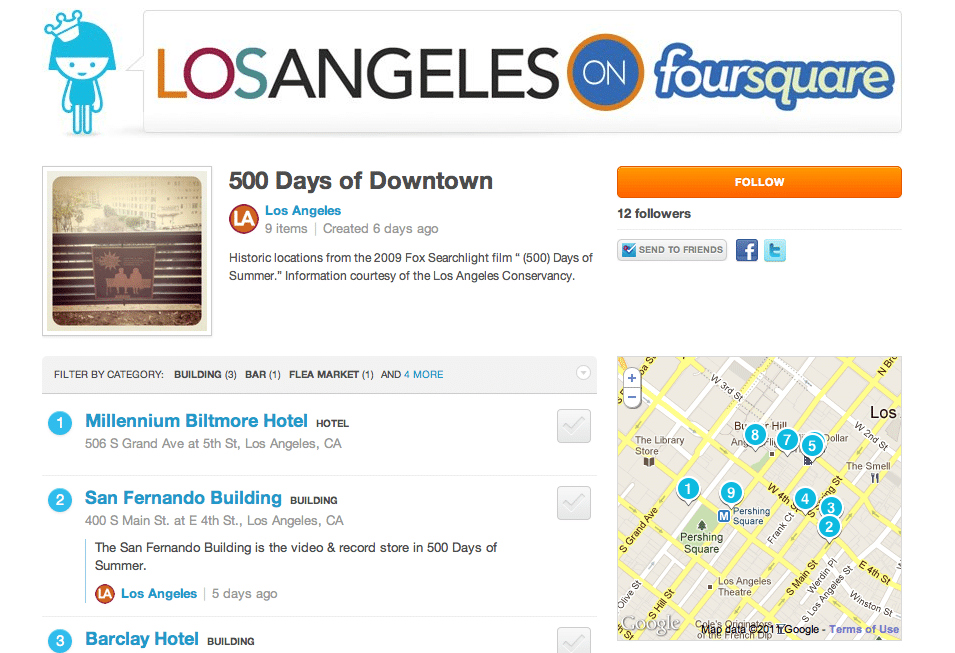 The Los Angeles Convention and Visitors Bureau would like to welcome you to BlogWorld Los Angeles by inviting you on a guided Photo Walk based on the film 500 Days of Summer (named by AOL Travel as one of the top 10 movies that inspire wanderlust).

This Photo Walk will be led by Harry Medved, the co-author of Location Filming in Los Angeles and Hollywood Escapes.

WHERE: The starting point of the tour will be the Millennium Biltmore Hotel lobby at 2:30 p.m. on November 2nd. There will also be a social media component to the tour for all those who are smartphone savvy.

WHAT: The Perch (an amazing new rooftop bar/bistro/venue in Downtown) is going to be hosting our post-tour reception with specially-priced cocktails. We’re also going to have a cocktail curator on the tour as well 😉 Daniel Djang writes the “Thirsty in LA” blog, which received the best cocktail blog award from LA Weekly this year.