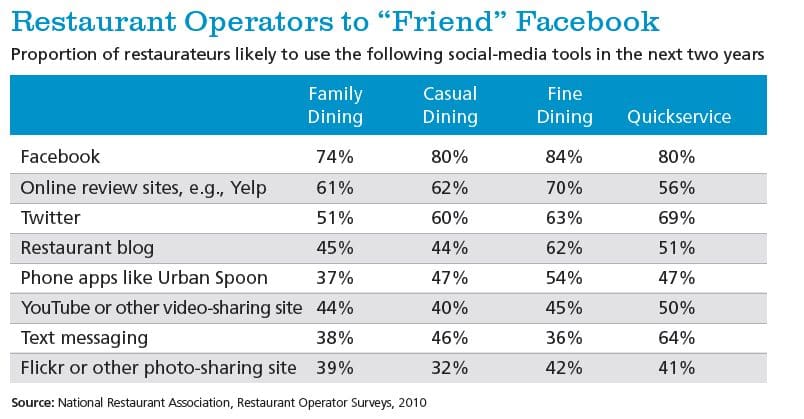 An interesting study done by the National Restaurant Association, shows that those who are social media savvy are more likely to eat out, as well as be repeat customers.

The study shows restaurant owners just how important it is for them to embrace social media sites and use them for their advantage. Restaurants are taking note and will start using social media more within the next 2 years.

Overall, 51 percent of social media savvy individuals and 48 percent of connected adults said restaurants were an essential part of their lifestyles.

Not only will we see more restaurants using social media, but I imagine we’ll see many more apps being developed around the food business.

For those of you who fall into the “social media savvy” crowd, would you say you eat out more than your friends who don’t frequent sites such as Facebook and Twitter?