Google is doing some spring cleaning – actually a “fall sweep” as they are calling it, and announced a whole slew of products they are shutting down. One product I think we all saw coming to an end is Google Buzz.

Bradley Horowitz, Google’s vice president of product, said on the Google blog,  “In a few weeks we’ll shut down Google Buzz and the Buzz API, and focus instead on Google+. While people obviously won’t be able to create new posts after that, they will be able to view their existing content on their Google Profile, and download it using Google Takeout.”

If you’ll remember, Google Buzz launched not long ago in February of 2010. If you’ll also remember, it was considered to be a threat to both Twitter and Facebook. I used it twice. How about you?

Horowitz ends the post saying, “We learned a lot from products like Buzz, and are putting that learning to work every day in our vision for products like Google+. Our users expect great things from us; today’s announcements let us focus even more on giving them something truly awesome.”

Given the fact they have 40 million users on Google+, you can see why they would focus their efforts there.

With the death of Google Buzz, what do you think Google has learned? 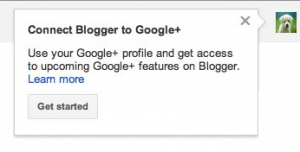