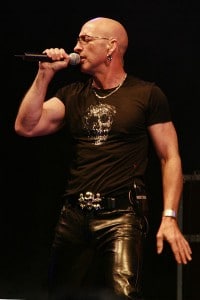 Earlier this week, I was watching VH1’s Top 100 one-hit wonders of the ’90s. If we’re being honest, I wasn’t just watching it. I was singing along. And as that disaster was happening, it struck me that a lot of bloggers are like these artists – they have one hit and then they disappear, or they rely on that one hit to stay relevant.

Blog posts are the same way. It’s nearly impossible to go viral with every post. That doesn’t mean that they stink. Some just have viral potential while others don’t. Can you say “Hey Macarena”?

But let’s be honest – everyone kind of looks down on one-hit wonders in the musical world. Sure, the songs themselves are great, but the artists are kind of…well…jokes. We enjoy what they gave us, but in the back of our minds, we think, “they weren’t good enough to do anything more.”

That’s definitely not what you want to be as a blogger!

One-hit wonder bloggers write a single post that goes viral, but the rest of their content falls a bit flat. That doesn’t mean bad necessarily (though that is sometimes the case), but it doesn’t compare to the popular post they wrote. I imagine that these bloggers have extremely high bounce rates – people come to read the viral post, but don’t stick around for anything else.

And rather than curate their community, one-hit wonder bloggers rely on their single popular post almost exclusively. There’s no growth, no development of the theme or exploration of the niche that would hook someone, keeping them interested in more blog posts. These bloggers tend to point to the popular post they had as a symbol of great success, and while I suppose that success is in the eye of the beholder, it’s easy to become a bit of a joke if you are a one-hit wonder blogger, just as one-hit wonder musicians risk becoming a joke. Ice, ice, baby.

Remember, part of growth is trying new things. A lot of one-hit wonders in the music world come from albums where nearly every song sounds exactly the same. When someone hears your blogging “music” you want them to know it is you, but you also don’t want to continue writing the same thing over and over, even if a post in this vein went viral once before.

I believe that the key is to avoid writing posts that are engineered to go viral.

Of course, all bloggers want their posts to go viral, and I’d be giving you horrible advice if I said you shouldn’t think about what it takes to reach viral status. You can just write and leave things to chance, but if writing a better headline or more enticing lead paragraph can help your traffic blow up, why wouldn’t you? What I’m proposing is that you don’t engineer the posts you do. In other words, don’t say to yourself, “Wow, this is a really popular topic or good idea, but I don’t really care about it at all“and write about it anyway.

What is the primary reason for writing your post? Are you teaching the reader something new? Are you entertaining the reader? Are you inspiring the reader? These are all great reasons to write posts. Most importantly, you have to care about the topic. Passion is important – passion to share, to examine, to create a forum for discussion.

Are you writing the post because you want traffic? Not so good. Are you less than interested in the topic yourself? Even worse.

Even if your post is high-value, be thinking about how it fits into your overall goals as a blogger. I think each post has to work into the overall vision you have as a blogger for your blog.

If you don’t have a vision, that might be your first problem. I think it’s great to just start blogging and see where it takes you. Not every blog out there has to fit strictly in a niche. But ask yourself – what is your goal? Why are you blogging?

Every post should relate back to that goal. If you’re writing a post just to go viral and it doesn’t really relate back to that goal, you’re going to have a problem convincing people to stick around. Imagine that you heard a super catch pop song and decided to purchase the entire album only to find that the rest of it sounded like it came from a completely different band. Like I’ve noted, you want to grow as a blogger, but not so much that your hit post is out in left field, unrelated to the rest of your blog.