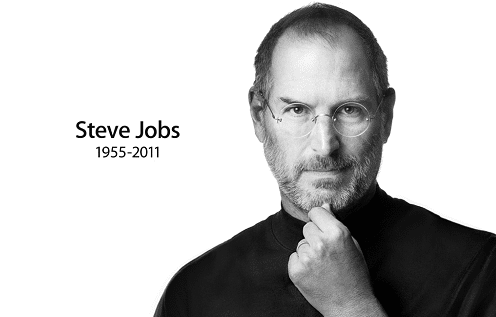 Steve Jobs passed away peacefully, surrounded by his loved ones, on October 5, 2011. Although no official cause of death has been reported, Jobs had suffered from pancreatic cancer in the past and underwent a liver transplant in 2009. He stepped down from his role as Apple’s CEO in August due to his health problems, and when the news of his death hit the Internet, Apple posted a picture of him on their homepage (see above) alone with this simple message:

“Apple has lost a visionary and creative genius, and the world has lost an amazing human being. Those of us who have been fortunate enough to know and work with Steve have lost a dear friend and an inspiring mentor. Steve leaves behind a company that only he could have built, and his spirit will forever be the foundation of Apple.”

Jobs leaves behind his wife Laurene, the person he called the love of his life, along with four children.

But you know all this already.

I found out about Jobs’ death on Twitter, and for at least ten minutes, I don’t think I saw a single tweet that was about any other topic. His death took over the trending topics and, I’m guessing, is the reason why the fail whale came out to play for the first time in a long time. I saw messages of mourning from every corner of the world. One of my favorites (and I apologize that I can no longer find who originally tweeting this was “Stevie you’ll always be the apple of our i” and another, which I thought was beautifully perfect simply said “iSad.”

You don’t need another blog post to tell you that we’ve lost one of the greatest minds in the world, whether you are an Apple fan or not. Despite that fact, you’re here reading this, so I would like to pose a question to you instead: What happens now?

The world goes on. Despite the death of someone so world-changing, the earth won’t stop rotating. Even in our tech microcosm, life will continue. What happens now is that great people will go on to build upon the foundations that Jobs has given us to create things that even he couldn’t have imagined. Hundreds of years from now, new technology will be possible because of what Jobs did in his lifetime. What happens now is that we all are challenged to fill the gap, that hole created in the world when he passed away.

In closing, I’d like to leave you with a video of Jobs’ 2005 Commencement Speech to the students at Stanford. He was standing before that class to deliver his speech, but I feel as though maybe he was actually speaking to all of us. 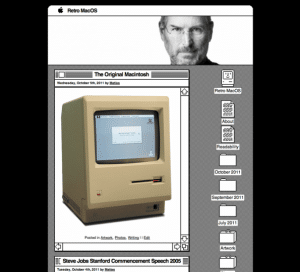