Over the years, I’ve written for a number of blogs, including blogs where I was the owner (like my new Blog Zombies blog), blogs owned by other people (like this one, the BlogWorld blog), and blogs that were part of a larger blog network (like b5media). Some have been wildly successful. Others, not so much. My style as a writer certain has changed over the years, but I think the core of who I am is still there…so it isn’t the blogger along that causes a blog to fail or succeed. Rather, the other decisions that go into blogging have a huge effect on whether you’re eating potatoes or lobster for dinner.

In preparing to launch Blog Zombies, I took a look back at my own failures and successes, along with some well-known other blogs that have (or have not) been successful to see if I could crack the code. Why do so many blogs fail while others, often with less talented writers, succeed? Here are 25 different things that many failing blogs (including some that I’ve been a part of) have in common – if your blog is failing, these might be the reasons why: 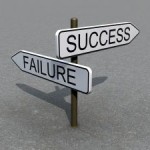 1) You have unrealistic expectations.

What is your definition of success? If you expect to get a million hits your first month as a blogger or plan to retire to your own private island within a year, you’re going to fail. Period. Unrealistic expectations can make your seem like a failure and give up, even though you actually were on the right track. No a-lister out there was wildly successful from the very first post. It takes time to build a blog that’s comparable to the blogs of your heroes. When I first started blogging, this was my fatal flaw – I quit my first blog too soon, not giving it time to grow. Push yourself, but get your expectations in check. 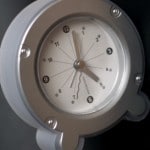 2) You don’t make blogging a priority

I understand that many beginning bloggers out there have regular jobs that they can’t afford quit to blog full time. Here’s a reality check, though: that’s the case for all of us! At least, it used to be. Very few bloggers have the luxury of being able to blog as a full time job from their very first post because blogging simply doesn’t pay the bills right away, no matter how good you are. The difference between those a-listers in your niche and a lot of bloggers who fail is that the a-listers made blogging a priority. It means less sleep and less time with your family. It means having free weekends is a thing of the past. It means you don’t have as much time for hobbies anymore. Until you get some steam, blogging has to be your priority unless one of the kids is on fire. Welcome to the 80-hour work week, my friend. Of course, you don’t have to give up other things in your life completely – just be aware that if you don’t spend time loving on your blog as you build your readership, it isn’t going to go anywhere. 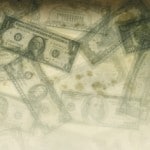 3) You haven’t invested any money into your blog.

“But I don’t have any money.” Well, fine. Continue to tell yourself that your blog is just fine with its free WordPress or blogspot domain name, it’s poor design that you don’t know how to fix, its non-existent mailing list, and its plethora of other problems.

Listen. You don’t have to spend a fortune to get started. That’s one of the reasons I love blogging. But you do have to start setting aside money for upgrades – yes, even before your blog is making money of its own in most cases. If you say you can’t afford it, I don’t believe you. You could afford to order pizza last night. You could afford to add the movie package to your cable bill. You could afford to go to the beach last weekend. This goes back to point #2 – make your blog a priority. 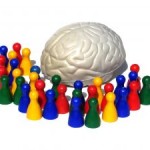 4) You take the “if I build it, they will come” approach.

Earlier this week, I talked about what the phrase “Content is King” really means for bloggers, and part of my argument was that you need to support the content you create. No matter how well you write, people aren’t going to just magically show up on your site and make it successful. At least, not at any kind of decent rate. You have to be out there promoting your content and building your community. Otherwise, you might as well just write in a diary.

I once served as a freelance writer for a blog where I wasn’t paid to do any kind of promotion. It was actually a ghost-writing project, so I didn’t even get a byline – it would have been difficult for me to promote that. After three months of daily posts and little traffic, I was fired from my position because apparently I wasn’t a good enough writer. Right, that was the problem. He went through three or four other writers over the next year before emailing me an apology and asking if I’d come back. I politely declined. He obviously didn’t understand that problem – it wasn’t the writer, it was the lack of promotion.

5) You “aren’t really into” social media.

Dude. Dude. If you’re a blogger who doesn’t like social media, you’re missing out on perhaps the single easiest thing you can do to be successful. I don’t care if you don’t like Twitter or Facebook or Google+ or LinkedIn. You need to at least have a mild presence at these social networking sites. You need to at least give your readers buttons to they can share your content. You need to stop complaining about the kids on your lawn and admit that social media isn’t some new-fangled passing fad. It’s here to stay.

And believe it or not, if you stop being so stubborn and give social media a chance, you’ll probably actually like it! 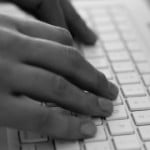 6) Your guest posts are better than your own posts.

Guest posting is a great way to promote your content. Some bloggers I know guest post like fiends. As soon as they finish a guest post for one blogger they’re off looking for their next fix. The problem? They don’t update their own blogs! If I click through to your site after reading a great guest post and their are tumbleweeds blowing around and – worse – mediocre posts that you threw up so there would be new content, I’m not going to come back…and neither is anyone else. Don’t shoot yourself in the foot. Only guest post if you can be assured that readers are coming back to your site and seeing even better content.

Remember, your blog is your home. If you want people to hire you as an interior decorator, your own home has to shine too! 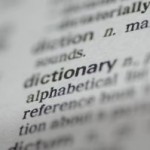 7) You haven’t defined your niche.

What do you blog about? If the answer is pirates, cooking, Project Runway, and motorcycles, you’re probably going to have a hard time finding your audience. You don’t necessarily need to pick one specific topic, but when readers come to your site, they need to know what they’re getting. Are you a mom who tells stories about the funny things her kids say and gives tips on how to find the best toys? Are you a banker by day who writes humorous stories about your life to entertain readers? Are you a home cook who talks about her favorite TV shows and the snacks she’s going to make to eat while watching? You don’t have to fit into a tight little box, but if you post about everything under the sun with nothing that ties the topics together, you’re going to have a hard time building a community. 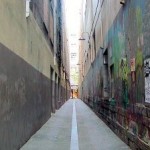 8 ) You’ve too narrowly defined your niche.

Define your niche, but don’t be so narrow that it is hard to find people who are interested. Your blog might be failing because there just aren’t many people interested in the topic. It’s hard to find an audience when you blog about something really random that doesn’t have a ton of fans. I mean, you can do it, but it’s much harder to build traffic and make a profit that way.

If your don’t have a broad enough niche, you’re also likely going to run out of things to say! 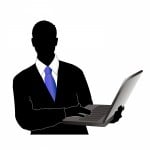 If I want to know how to do something specific, I google it. I read the post. I complete the task. The end. The next day, I probably can’t tell you who wrote that post. Does it matter? Well, yes…if you’re actively trying to build a community.

This point is a bit subjective, because if you’re planning a blog that is purely informational and gets most of its traffic from search engines, I suppose that blogging without personality could work. Most of the time, however, it works better to inject a little of yourself into each post. Let readers get to know you, not as admin, but as John or Susie. Make sure you have a well-written About Me page so readers can learn more about you because they will be curious if you write good posts. 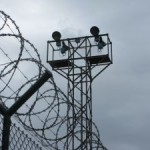 This should go without saying, but the last point I want to make is this – don’t plagiarize. If your blog is scraping content from others, it is only a matter of time before it fails, and I hope that when it does, the police are involved and you go to jail. I once worked (briefly) for a very small blog network that I found out was stealing content from others – I high-tailed it out of there as quickly as possible!

But also don’t scrape ideas. A lot of people in your niche are probably talking about the same topics, so be original and you’ll stand out. If you read an idea you like, give credit where credit is due. When you are inspired by another blogger’s work, link to them to give them credit for the idea. You can’t copyright ideas, so you might be well within your right to blog about that topic, but it’s just polite to link to the other blogger.

Remember, success and failure are both a matter of perspective.  And, even if you do feel as though your blog is failing, keep in mind that it doesn’t make you a failure. You can move onto your next project and be a raving success!