I sat and watched almost the entire keynote for f8 yesterday, which is Facebook’s developer conference. I wanted to hear about these “Big Changes” that were coming to the popular social network. There were some hints that the Facebook we know and love (or hate) would be no more.

Facebook did not disappoint with their announcement and yes, it was huge. Just earlier this week, we woke up to about 5 changes on Facebook and now there are too many to count. In fact, I wouldn’t call these changes but instead a complete redesign. They introduced the new Facebook Timeline.

I signed up as a developer (which I’m not) and have been tinkering around with the new layout. As of today, I like it. Sure, there’s a learning curve involved (isn’t there with all changes in life), but they walk you through the changes and it didn’t take me long to figure out where everything was. It’s aesthetically pleasing and well organized. It was also fun to click through the years I’ve been on Facebook and see what I was up to in, let’s say, 2007. I made 70 friends and joined 20 groups that year. I also updated my status with “This is me writing on my wall” – profound, I know.

Is your head spinning yet with all of these changes and announcements? Well, let me help it spin just a bit more with these Top 10 posts educating you about the new Facebook Timeline:

1. How to Enable the New Facebook Timeline Now (Mashable)- Takes you step by step through the process of signing up as a developer and getting a head start on the new Timeline. The only people who will see it now, are those who have also signed up as a developer. Or, you can wait until September 30th and sign up with everyone else.

2. Tell Your Story with Timeline (Facebook’s blog) – Facebook walks you through the new design on their official blog.

3. Facebook Timeline Wrap-Up: Everything Today Was About Sharing Content (ReadWriteWeb) – A short and sweet wrap up of the F8 developer’s conference with links to other Facebook posts about the changes.

4. Facebook Changes – What The Average Everyday User Needs To Know (DainBinder.com) – He breaks is down and let’s you in on what you need to know about the new features and changes. From the lists, to the ticker and more.

6. Facebook F8 – Here’s everything you need to know (TheNextWeb) – A lengthy and great post breaking down everything Mark Zuckerberg introduced at the conference. It also includes some pictures from the conference.

7. Here’s What Facebook Timeline Looks Like (TechCrunch) – This post includes some nice pictures of what the new Timeline looks like. For those of you who are more visual, looking through the pictures first and then reading all of the how-tos might help you out a little.

10. The Future of Facebook: Out with profile pages, in with the Timeline (Y! Tech) – Breaks down the changes, as well as where to find the new features.

What are your initial thoughts on the new Facebook Timeline? 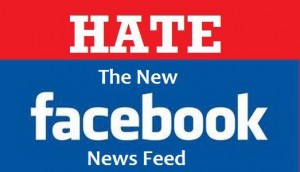 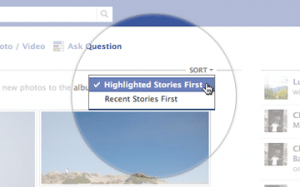