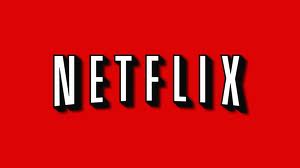 This week, Netflix announced some pretty big changes in what was a sort-of apology letter. I don’t think people reacted the way the company hoped they would react. Of the thousands of comments, tweets, and other mentioned people have been making about the idea of having two movie services, I’d say that a good 90% of them (maybe more?) are negative. At least from what I’ve seen.

Companies like Netflix have always made (arguably) bone-headed moves. Some survived. Others failed due to their poor business decisions. Today, with the popularity of social media, I think companies have to worry a lot more about that risk of failure.

Let’s say that social media didn’t exist, at least not in the fast-paced, world-connecting way it exists today. Netflix doesn’t announce its changes with a blog post – they simply send everything via an email or maybe even a real letter, explaining the decision and apologizing for past decisions that didn’t go over very well. Now, your gut reaction might be “this sucks” just like it was when you read the blog post that the company actually published. But what do you do about it?

Maybe you simply quit using the service. This is certainly still an option, even if there is no way to tweet about it.

Maybe you talk about it around the water cooler. You discover that your friends are po’ed about it too, and you feel a sense of comraderie. Hey! We all hate Netflix! Woo!

But maybe, and probably pretty likely, you just grumble about it, throw the letter away or delete the email, and live with the decision that the company makes.

Without social media, there’s no way to really connect with other people who are feeling upset about a business decision the same way you are. You’re limited to your co-workers or friends and family, which is, for most people, a group of way less than 100. You might voice your opinions, but there’s no way to kind of…organize, I guess is a good way to put it. Protesting a company’s business decision is still possible without social media, but a boycott is a lot less likely, especially over something like movie rentals.

And perhaps, because you aren’t connecting with others who feel the same way, in our no-social-media fake world, you also feel less emotional about things. Sure, you might have that initial angry reaction, but without people constantly talking about it and voicing their anger as well, will you continue to stay mad? Or will that anger fade? I’m guessing that the latter is true for most people.

Social media making people angrier sounds like bad thing, but I think it is actually a positive. I’m reminded of the quote, “People should not be afraid of their governments. Governments should be afraid of their people.” I think the same is true for businesses. Large or small, businesses should be catering to their customers, rather than customers having no say and simply being forced to live with whatever decisions a company makes. We’ve always had buying power, using our dollars to support (or not support) a company, but now, with social media, we have more of a collective power to really make a difference as consumers. And yes, that should scare Netflix and any other company out there not listening to what the average customer is saying.

Will Netflix (and Qwikster) survive? The jury is out. But what I do know is that people are still talking about this issue, where as before the advent of social media, the chatter would have died down significantly. The great thing about social media is that a company like Netflix also has the opportunity to listen. Social media might be making people angrier, but it is also a tool for companies to better connect with consumers, just as consumers better connect with one another. Only time will tell if Netflix chooses to use that tool.

So what do you think? Is social media making people angrier at companies like Netflix?