TechCrunch certainly has been dominating headlines recently. I’m having a hard time keeping up.

The quick run-down for those of you also having trouble staying up-to-date: Mike Arrington quit. Or was fired. Or was forced out. No one seems to have a straight answer on that one, but in any case, he’s gone, but he already is sparring with new editor Erick Schonfeld and talking about his next project. Writer Paul Carr quit in what is either a blaze of glory or grandstanding, depending who you ask, by posting his resignation letter on the blog. Schonfeld accepted his resignation in what is either a justified response or unprofessional virtual middle finger, depending who you ask, by posting a response on the blog. Arianna Huffington lashed out at the Wall Street Journal for “shoddy journalism” when covering the TechCrunch drama. By the time I’m done writing this post, who knows what else will happen. There seems to be no shortage of people who want to make news.

The opinion I find most interesting in this crazy story, though, is that of MG Sigler, who has been writing for TechCrunch since 2009. He remained silent for a while, watching the craziness unfold over the past few weeks, but finally felt the need to post his point of view on his personal blog in a post entitled “What Needs To Be Said” – and I find myself agreeing with much of what he writes.

But there’s one part in his post that I keep reading again and again, and it highlights what I think everyone involved is missing:

“Many of you are watching TechCrunch unravel before your very eyes. That sucks. It sucks for me too. But TechCrunch is also too big to fail. One way or another, it will live on. Try as hard as AOL might, they can’t totally f*** it up. That’s just the truth.”

I assure you, TechCrunch is not too big to fail, the same way the Titanic was not unsinkable. Nothing is too big to fail. Ask MySpace. Ask Borders. Ask Circuit City. Ask the Romans.

Was TechCrunch’s sale to AOL a good thing? Is all this drama Arianna Huffington’s fault? Was Erick Schonfeld’s backdoor deal shady or justified? These are all topics we hope to cover in future posts here at the BlogWorld blog, but what I know for certain right now is this: A lot of energy is going into this drama. Imagine if that energy was instead harnessed and channeled into making TechCrunch more successful.

Public problems like we’ve seen with TechCrunch would kill lesser companies. TechCrunch has survived because of their size, and they’ll continue to survive even as employees and ex-employees continue to bicker. But for how long? Certainly not forever, no matter how big they are. Just because they are surviving right now doesn’t mean their survival is guaranteed. When you are wrapped up in your own drama, you lose sight of what you’re doing – providing news and opinions to your community. No community sticks around if they’re ignored. Even the most rabid fans will only put up with shenanigans for so long.

And furthermore, is “just surviving” good enough? Isn’t the goal of any company not to survive, but to thrive?

The fact of the matter is that most TechCrunch readers really don’t care about all  this BS. Sure, it’s entertaining to watch all the drama happening for the same reasons people rubberneck at a car accident, but if TechCrunch can continue to provide the content its community wants, most people don’t give a you-know-what who’s working there. You’ll have hard-core Mike Arrington fans or Paul Carr fans or Huffington haters who will boycott the site, but even the readers who are being vocal will continue to read TechCrunch if the blog focuses on giving the community what it wants.

If they continue to instead focus on the drama, that readership will eventually fade and the site will fail. People don’t go to TechCrunch to see public outbursts. It’s only entertaining for so long before it starts to get annoying. When a company is too wrapped up in internal affairs, it is like a slow trickle of water, which might not seem very powerful until you remember that a relatively small river is responsible for the Grand Canyon.

In my opinion, saying that any company is “too big to fail” is basically saying to the community, “it doesn’t matter what we do because you will never leave us.” I don’t think that’s what anyone at TechCrunch intends to say, but the message is there every time people makes the decision to post nastiness about one another on TechCrunch rather than posting real news. Any community will leave if pushed away for too long. So I hope that TechCrunch stops pushing. Otherwise, the giant will begin to crumble and overtime, it will fall. 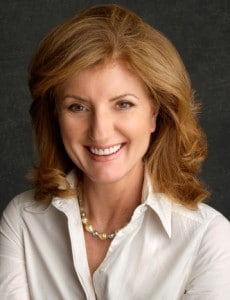