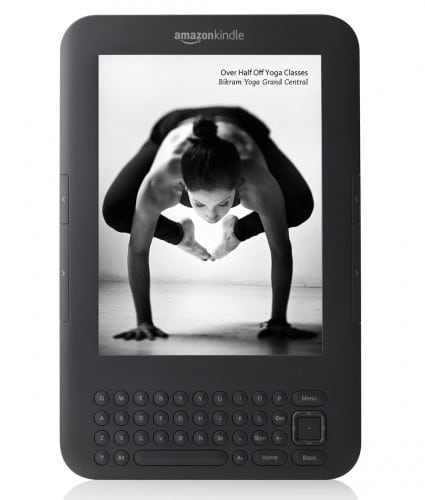 Back in June (around the same time they dropped California Amazon affiliates) Amazon announced they were joining the Daily Deals arena with AmazonLocal. The service was initially launched for people in Boise, Idaho, but has since opened up to several more states, with more to come soon.

Amazon announced they’re bringing their daily deals to the Kindle, beginning with New York deals and expanding to more cities in 2012.

Some of the deals for the New York areas of Downtown, Midtown, Uptown (including the Upper East Side and Upper West Side) and Brooklyn will include:

Users can purchase a deal directly from their Kindle without having to enter payment information. Once you purchase the deal, it’s delivered to your Kindle device. To redeem your voucher, just show the merchant your Kindle with the offer.

I imagine Amazon will carry this over to their rumored tablet.

Do you think this will increase sales among the Kindle? For those of you who own a Kindle, what are your thoughts on the new service?