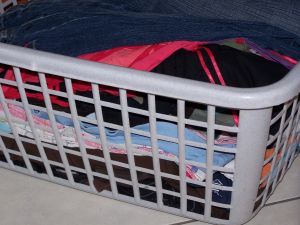 Last week, the awesome Kirsten Wright asked me to post on her blog about blogging under a pen name. It’s a topic I covered here on the BlogWorld blog too, in a post about the pros and cons of blogging anonymously. It certainly is a controversial topic, but I think one of the most important points (and one that I don’t want to be lost in the shuffle of the conversation) is this: You shouldn’t blog anonymously if you’re afraid of someday being exposed.

Because you probably will be. Simple as that. Nothing lasts forever, and no matter how careful you are to hide your identity, if you have any amount of success, curious readers and malicious trolls alike will try to figure out your true identity.

But what about if you’re not writing under a pen name? You probably still have stuff you want to keep private, right? Well, I’m beginning to believe that this is less and less possible.

It’s one of the things we often fail to consider at the start of a blogging career. If you are successful, people will want to know personal information about you, either because they’re a curious fan or because they want to use that information against you. And we all have dirty laundry. No matter how careful you are to separate your online life and personal life, if you aren’t comfortable with these facts coming out, you might be in the wrong career field.

I do believe that everyone should have a right to privacy. Just because you should have something doesn’t mean you do have it, though. A good example – celebrities. It may not be right that paparazzi stand outside your favorite movie star’s house day and night, but at the same time, when those pictures are posted, a lot of us are curious enough to look at them. When there’s a scandal with our favorite musician, we read about it. When our favorite television stars start dating, we want to know. As a culture, we don’t give celebrities much privacy.

And they know that. When someone makes the choice to become a musician or actor, they know that if they are successful, they’re going to have to deal with lack of privacy. You can’t get mad when fans want to know every little detail about you. That was the point, after all, wasn’t it? To have fans?

Blogging is the same way. Bloggers might not be celebrities in a traditional sense, but most of us have at least one or two readers who would consider themselves true fans. Popular bloggers have droves of fans. Have you ever tried to watch someone like Darren Rowse walk down the hall at BlogWorld? I think it takes him about an hour to go 20 feet because he’s stopped every two seconds to talk to another fan. It’s actually pretty amusing to watch (though I think Darren and most successful bloggers don’t mind as long meeting people as they aren’t in a hurry to be somewhere).

Is it right that people dig into your personal life? No way. But it is going to happen whether it is right or wrong. If someone posts information that puts you in danger, you can stop them by going to the police, but most of the time, there’s not much you can do to make people stop talking about you and anyone close to you. It’s something you really need to understand and think about before you start building your blog and your online brand.

So bloggers, I ask you this: Are you ready to air your dirty laundry? Have you ever had someone post information about you that you thought was an invasion of privacy? Do you think it is possible to keep secrets and still be wildly successful as a blogger?