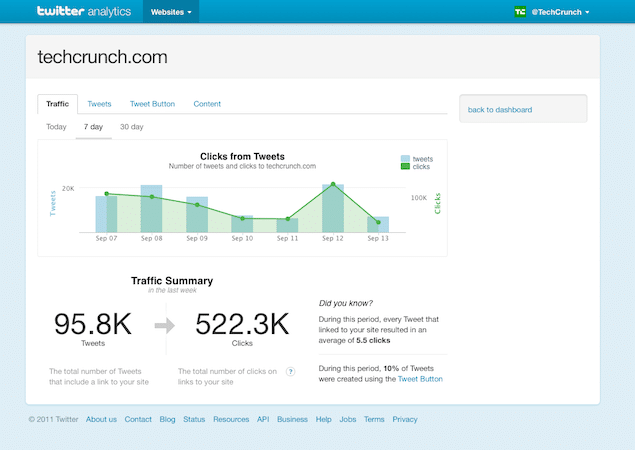 Have you ever wondered just how much traffic  Twitter actually sends your way? I have. You want to know that the areas you are spending your time at are bringing you results. Sure, Twitter is more than just bringing numbers to your blog, but that is an important aspect of it and it’s been hard to measure it accurately until now.

Today, Twitter announced their new web analytics tool. It will allow website owners to know how much traffic they are receiving from the social networking site, as well as the effectiveness of it integrated with their site.

Here are three key benefits of the web analytics tool they listed:

As always, the new tool won’t be released to the masses, but instead to a “small pilot group of partners” and in the coming weeks, to all website owners.

What do you think? Does this sound like a useful tool to you?