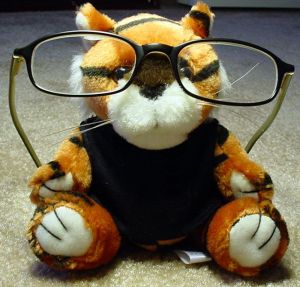 The other day, I was watching Into the Universe with Stephen Hawking. The concepts discussed on that show are interesting to me, but normally way over my head. I don’t understand things like wormholes. But this show perfectly displays how you can – and should – avoid being too smart for your readers.

Those who’ve created Into the Universe know that their viewers are likely pretty smart and might even have a little experience with the topics they discuss, since smarter viewers are more likely to have a college education, where these topics are often covered, even if you don’t have a scientific job. Yet, they know that Stephen Hawkins is an authority. He’s placed himself in that sort of position at the host of this show, so if he just starts talking as though he’s talking to a peer who has as much experience as him, we’ll all probably be lost.

Yet we’re smart, so he doesn’t insult us by shying away from difficult topics. Your readers are likely pretty smart too. So, don’t shy away from advanced topics. Just realize their limits.

On Into the Universe, for example, they use images to visually show what they’re talking about. In addition, they use “dumbed down” examples to explain concepts step by step. If you approach a complex topic that way, you can ensure that you’re not going way over readers’ heads, but you’re also not insulting them or boring them by only covering super simple topics.

One of the things I like to do on blogs is write some 101-level posts and link to them within more advanced posts. That way, you’re making your blog approachable to all readers. The key is to not be “too smart.” Again, this doesn’t alway mean more intelligence. Just realize that not everyone is in your head or knows what you’re talking about. Sometimes, I see bloggers refer to situations that I didn’t know happened, for example. Rather than explaining (or linking to a post about what happened), they just start talking as if we all know. We don’t all know. It makes me feel a little stupid when I come across something like that.

And when you make your readers feel stupid, they might not be back.

So, the moral of the story is that when you write your posts, consider who will be reading it. Make sure that you’re writing for your readers, not for yourself. Remember, you aren’t necessarily your target market, and although you may have been doing this for a long time, your readers might not be quite as experienced.