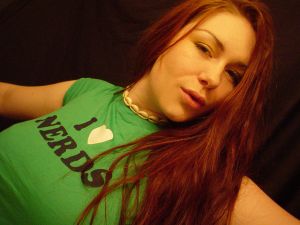 I’m not ashamed to say that I’m a bit of a nerd, and right now the nerds online are all flustered over a recent Gizmodo post where blogger Alyssa Bereznak wrote some pretty offensive things about a recent online dating experience. The basis of the story is this: she went out with a guy who she deemed to be way too nerdy for her and proceeded to write an entire post making fun of the guy, even though he didn’t really do anything wrong. The “moral” of her story was that you should research a person using Google before you go out together.

Gizmodo is a popular tech gadget blog, so as you can guess, most of their readers are a lot like Alyssa’s date. The vast majority of comments on the post and the comments I’ve seen on Twitter, Facebook, etc. are negative, and many are extremely negative. There are a lot of things I personally find offensive about her post, but what I (and many others) keep coming back to is this: Why is a post dumping on nerds be allowed on a major tech blog, where most of the readers fall into the nerd category?

Some have speculated that Alyssa’s post was purposely offensive to her readers in order to drive traffic. Maybe that is the case; I don’t know. If that’s what happened, who made that choice? Alyssa? Gizmodo? Again, I don’t know.

What I do know is that baiting your readers in this manner is a bad idea.

Sometimes linkbait works, and sometimes it doesn’t – but if you’re being purposely negative, you’re playing with fire. I fully believe that you should write posts that express your opinion, even if your readers aren’t going to agree. If that makes sense for your blog, do it. But it’s a fine line to walk, because if you’re expressing an opinion simply because you want to drive traffic, that choice is going to come back to bite you. Here’s why:

Who hasn’t heard of Gizmodo? It’s a huge blog, right? Well, yes…but there are definitely people who have never heard of it. Maybe this is the first you’re hearing of it – and let me ask you, what is your impression of Gizmodo? Even if you’ve heard of Gizmodo before, this might be the first time you’re hearing of Alyssa. What is your impression of her? The point is, the first experience a new reader has with you is their only experience with you. Make sure it’s a good one – or at least one that represents you well.

If you’re being completely honest on your blog and people don’t like you and what you have to say, that’s one thing. Let them go. It’s better to have 100 readers who really “get” you than 1000 readers who feel “meh” about you. However, if you’re writing bait posts, some of your regular readers are going to stop reading your site. You don’t always have to agree with members of your community, but at least respect them enough not to stomp in their faces by making fun of them. The nerds who Alyssa offended and who may very well have been some of Gizmodo’s biggest supporters might not be back – and that’s some pretty hefty revenge for any blog.

Let’s say you have a post that is super helpful and goes viral. You’re going to see a huge traffic spike, which is awesome. When things calm down again, some of those people are going to stick around to read more, and even though it might be a small percentage, that’s how you build a traffic kingdom, block by block. But what if you write a post that goes viral for a negative reason, like the Gizmodo post? When things calm down, what’s the likelihood that anyone will stick around to read more? So not only do you run the risk of losing regular readers, but you also won’t gain new ones for more than a day or two. Spikes are only spikes, not sustainable.

There’s no law that says you can only write what you 100% believe. Frankly, though, the ethics behind doing something like that are questionable about best. It’s a personal choice, I guess, but I would have a hard time sleeping at night if my name was attached to a bunch of stuff I didn’t actually believe.

Overall, I think the Gizmodo post was a really bad idea. I’m not just saying that because I was personally offended by what she wrote. I’m saying that I think it simply didn’t make sense to be posted on a site where nerds are your fanbase. Was the post purposely meant to bait readers? I don’t know. Maybe. And if so, I think it was an even worse idea. There are a lot of really positive ways to get traffic that take the same amount of effort and have much better long-term results.

Have you read the Gizmodo post? Has it changed your impression of Gizmodo or the writer? Do you think there are any benefits to baiting readers with an offensive post?