Today, it seems like everyone and their cat has a blog, but it wasn’t so long ago that the term blog didn’t even exist. In fact, blogging is less than 20 years old as a form of media, and the word blog wasn’t used until 1999. We sometimes forget how new of an art form this really is!

Do you know your blogging history? Let’s take a look at some of the biggest achievements in the blogging world and take a moment to recognize the people who made blogging what it is today.

After Jorn Barger coined the term weblog a few years earlier, pioneer blogger Peter Merholz from Peterme.com jokingly splits the word (which was intended to be a combination of web and log) into “we blog.” Later that year, Evan Williams, who co-founded Pyra Labs begins using the word as a noun/verb to describe people who journal online.

Also in 1999, Brad Fitzpatrick founds LiveJournal (originally as a way for the founder to stay connected with high school friends), Andrew Smales founds Pitas.com and Diaryland, and Pyra Labs launches Blogger. These tools are in response to the crazy success of Open Diary, which had launched a year earlier in 1998 before the term blog was even being used.

The first version of RSS, which at that time stood for RDF Site Summary, is released for use on My.Netscape.Com. Later that year, it is renamed Rich Site Summary. 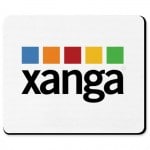 Movable Type is released to the public as a blog publishing system for self-hosted bloggers. It is originally called Serge. At about the same time, Drupal is released as an open source project, originally written by Dries Buytaert as a message board.

Xanga reports reaching 100,000 members and a million hits a day across all of their blogs. 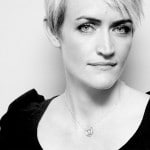 Moveable type introduces the TrackBack feature, which has since been adapted by almost all other blogging tools.

Heather Armstrong of Dooce becomes the first (known) person fired for blogging. Today, the term “dooced” is synonmous with “fired because of your blog/online presence.”

Google decides to cash in on the blogging boom in 2003 by purchasing Blogger from Pyra Labs under undisclosed terms. Pyra had been charging for their premium services, but under Google, Blogger becomes completely free. They also launch AdSense to connect bloggers and advertisers.

Atom is introduced as an alternative to RSS in June of this year. This syndication format is, in part, created due to the publishing controversy surrounding RSS, which had been developed by different groups without Netscape’s involvement or permission.

Matt Mullenweg and Mike Little decide to work together to create a fork of b2/cafelog, which had about 2000 blogs at the time. The result? WordPress, a name that is suggested by Christine Selleck, one of Mullenweg’s friends.

TypePad is launched by Six Apart. Based on the Moveable Type platform, this service is marketed to non-technical users and today hosts blogs for major news outlets like ABC, the BBC, and MSNBC.

Nick Denton founds Gawker Media, which today has over 10 blogs as part of their network and (as of June 2011) reportedly gets 220 million pageviews per month across the network. Arianna Huffington, Kenneth Lerer, and Jonah Peretti launches The Huffington Post, which was sold in early 2011 to AOL for a reported $315 million. Jason Calacanis starts Weblogs, Inc, which was also sold to AOL. 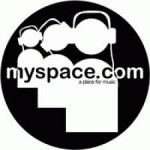 Audioblogger launches as the first major podcasting service for bloggers.

MySpace launches with a blogging function connected to a user’s profile.

As blogging continued to explode in popularity, Merriam-Webster’s Dictionary names the term blog as word of the year.

Encouraged by the popularity of Blogger, Google purchases and integrates Picasa. They also add features such as templates, archive pages, comments, and the ability to post via email.

A new version of WordPress is released, this one containing the ability to use Plugins, which is now a core feature of WordPress.

Mario Armando Lavandeira, Jr., aka Perez Hilton, launches PageSixSixSix.com, which was named the “most hated website” in less than six month and later is moved to PerezHilton.com.

Internet Explorer announces that they would be adopting the Firefox feed icon (the little orange square with white radio waves) to symbolize RSS and Atom feeds. Opera follows suit, and since then, it has been the industry standard.

AOL and Warner Brothers launch TMZ, which today gets 18.5 million hits a month (as of March 2011). Pete Cashmore launches Mashable and Michael Arrington launches TechCrunch, which are today two of the most popular blogs online.

A study reports that over $100 million is spent on advertising on blogs every year.

Garrett M. Graff is the first blogger to receive press credentials from the White House.

YouTube launches, leading to the rise of video blogging. In 2006, YouTube is bought by Google for $1.65 billion.

The first WordCamp was held in San Francisco. Over 500 people showed up for this one-day event. (The next one wasn’t held until 2007, but today there’s an average of one held every week in cities around the world.)

Jack Dorsey launches Twitter as a microblogging platform. Today, they report that there are over 200 million tweets per day.

Facebook introduces Facebook Notes, which allows users to effectively blog on their profiles or import blog posts from Xanga, LiveJournal, and other blogging platforms.

2007: Eric Nakagawa and Kari Unebasami launched I Can Has Cheezburger?, which today reports 1.5 million hits per day.

The very first BlogWorld Expo is held in Las Vegas after Rick Calvert and Dave Cynkin realize that there was no tradeshow out there for content creators in the new media world.

A study by Universal McCann reports that over 77% of Internet users read blogs.

Technorati reports that 15% of all bloggers spend 10+ hours a week blogging. 20% use their mobile device for blogging. 28% report making some money from their blog.

It is reported that there are 900,000 blog posts posted every day in 81 different languages.

Technorati reports that 35% of bloggers are now making money from their blog, with 39% of all bloggers using mobile devices and tablets for blogging. 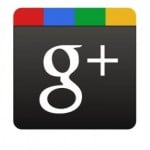 BlogWorld Expo holds their first East Coast show in New York City. (Did you join us?)

Google launches Google+ as a new social media platform that is embraced by bloggers, though it is still officially in beta.

The world of blogging definitely isn’t done growing and developing. It wasn’t so long ago that if you wanted to update your website regularly, you had to do so manually. The word blog didn’t even exist! Today, I couldn’t imagine my life without blogging…and I’m excited to see what crazy, unimaginable developments happen over the next 12 years and beyond.

Note: Please leave comments with other blogging milestones we may have missed, and we’ll make sure to include them in the list!