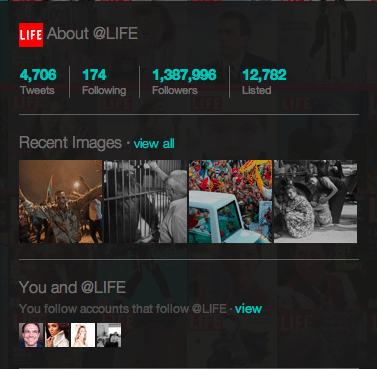 A couple of weeks ago, Twitter released their own photo upload tool so users could post their photos without even leaving the site. Now, whether you use their new photo service or third party services like Instagram and yFrog, your photos are soon to be featured on your Twitter profile.

The galleries will display up to 100 most recent images in your Tweets, in chronological order, and can be found on an individual users’ Profile page.

For more information about how to use the “user galleries” feature, see the Twitter Help Center.

Does this new feature encourage you to upload more photos on Twitter?