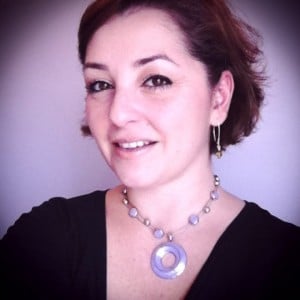 At BlogWorld Expo NYC this past May, we tried something new. We wanted to bring back something old – podcasting. Podcasting has been around for about seven years, but has been slowly replaced by faster and easier forms of online communication. What used to be a difficult process of writing, recording and publishing audio (or video) for on-demand distribution has been whittled down to simply typing 140 characters or less to express an idea or thought.

Luckily in the past few years, podcasting has become almost that easy, and has been enjoying a revival of sorts – both with producers and with listeners. It’s more important than ever that people that participate in ‘social media’ online be introduced to ‘new media’, including podcasting. Podcasting is a very rewarding medium that allows professionals to reach the squeeze point of the funnel and gives hobbyists the ability to create their own dream.

As an organizer of PodCamp Philly (Oct 1-2, 2011) and PodCamp LA (Nov 4-5, 2011), my goal is to unite and educate people about podcasting and related technologies. I want to help bring the podcasting communities back into the social media arena, and introduce the social media community to podcasting.

PodCamp LA along with Podcast Pavilion are both being hosted at BlogWorld & New Media Expo. PodCamp LA and Podcast Pavilion have been created to act as a discussion and conversation hub for podcasters (and for people interested in what podcasting is, and what it can do).

You will get out of Podcamp and the Pavilion what you put into it – so help us make it great! BlogWorld Expo offers a podcasting track and lots of social media tracks, but PodCamp LA and Podcast Pavilion is meant to offer another take on the conference experience.

Podcamp LA will feature knowledgeable podcasting practitioners that know their way around an RSS feed, microphone and video camera. Feel free to get in touch with Lynette via email or Twitter and let her know if you would like to help, or if you would like to speak at PodCamp LA or live podcast at Podcast Pavilion, be sure to submit your proposal.

Lynette Young has been a pioneer in social media since she began blogging in 1997. An expert in podcasting and virtual worlds since 2004, she founded Purple Stripe Productions, a social technology and strategy firm, in 2006. She works with companies and organizations to help them have more meaningful conversations with their customers in new and engaging ways. Lynette is a frequent speaker at conferences around the country. She is an organizer for the Podcamp Philly and Podcamp LA conferences, and is the Program Director for Social Media Club Princeton NJ. Lynette is also one of the most-followed women in Google+ and is the curator of the Women of Google+ website and community.