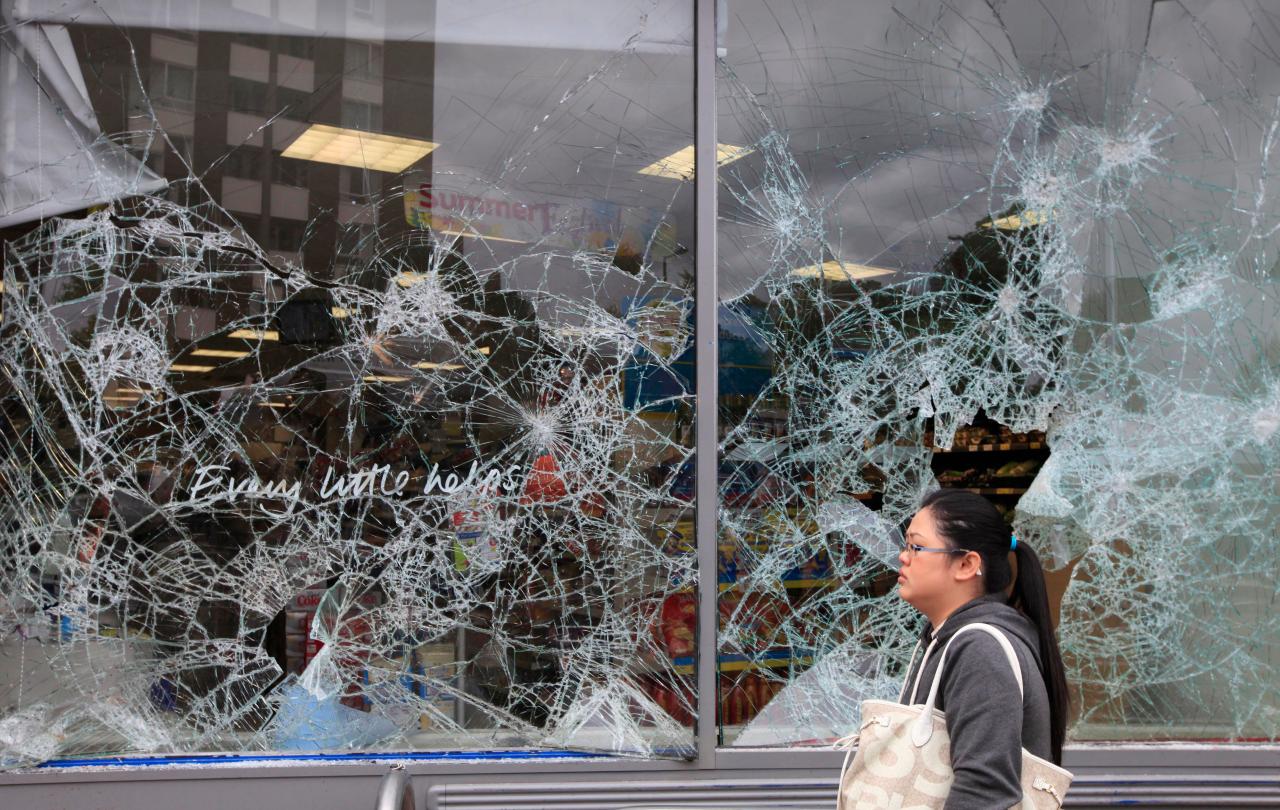 Unfortunately, Londoners who wanted to help with the post-riot clean up weren’t the only ones using social media and technology to spread the word. The rioters themselves sent encrypted messages via BlackBerrys, says the Associated Press. 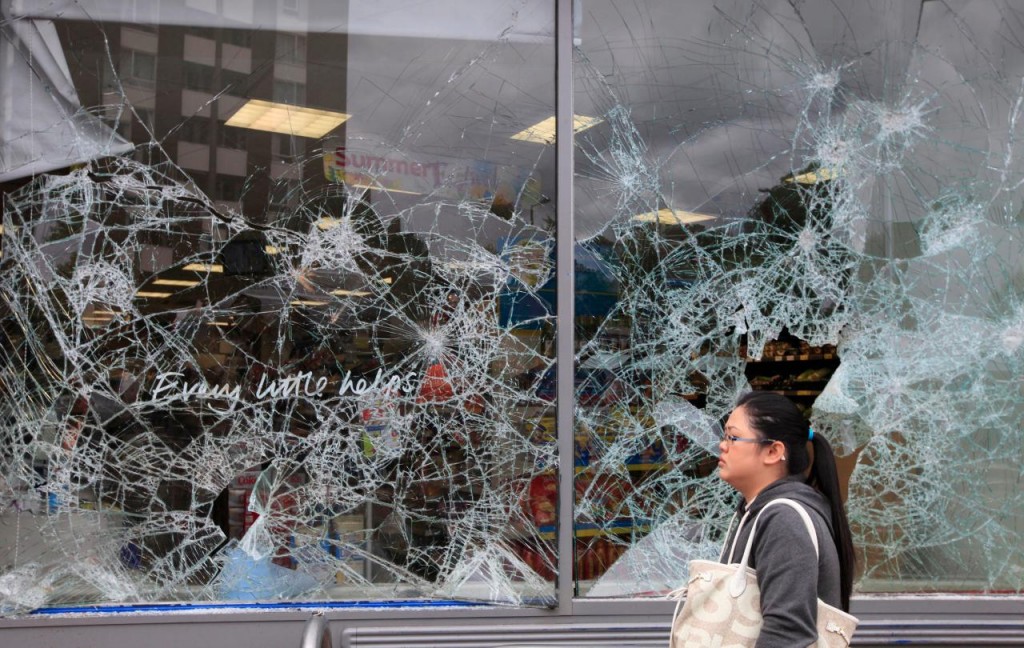 A woman walks past a damaged supermarket in Ealing, west London, after a night of rioting, Tuesday, Aug. 9, 2011. In London, groups of young people rampaged for a third straight night, setting buildings, vehicles and garbage dumps alight, looting stores and pelting police officers with bottles and fireworks into early Tuesday. The spreading disorder was an unwelcome warning of the possibility of violence during London’s 2012 Summer Olympics, less than a year away. (AP Photo/Lefteris Pitarakis)

One of the many messages sent said, “If you’re down for making money, we’re about to go hard in east London.” Others sent messages on where to find expensive items to steal – like stereo equipment, designer clothes, alcohol and bicycles.

Why were Blackberrys the message deliverer of choice? Because it’s popular among young people since it’s free and private, unlike social media sites such as Facebook and Twitter. Also, police can’t immediately trace the messages like they can with other cellphone devices. Rumor has it President Barack Obama uses the same secure system via his Blackberry to communicate.

Blackberry was asked to shut down its messaging service, but given that 45 million use it worldwide, you can see how that would cause problems.

Lawmaker Tom Watson of Birmingham said that police should take note as to how groups are using social media to organize protests. He said, “The messages and organizational messages can be distributed very quickly. I think that should probably have an impact on the way we do future policing.”

Times are changing how we receive our news and deliver it, good or bad. What do you think police and government officials are learning in the wake of the London riots in regards to social media?