I was speaking with Daniel J. Lewis from The Audacity to Podcast recently about what we do as podcasters. Daniel—not me, the other one—has been doing his shows on UStream. Daniel—me, not the other one—tried that but found that Mixlr was the better solution for live shows right now. Other podcasters have been utilizing UStream and Mixlr, as well as other streaming tools, for years. This begs the question‚ 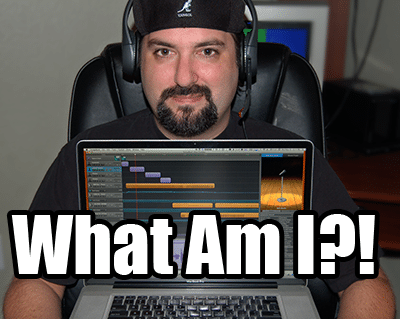 Are we still podcasters?

If we’re going by the generally accepted definition of a podcaster, maybe not. According to Wikipedia, a podcast is a “non-streamed webcast“. Episodes are pre-recorded and made available for download to a listener’s device, to be listened to offline. They may also be played on-demand on a podcaster’s website or in iTunes, but the key element here is that the episodes must be pre-recorded. That’s what makes a podcast a podcast.

We’ve fought against the perception of the word “podcast” for years. People who aren’t familiar with podcasting sometimes think that an iPod is required. They sometimes believe that podcasts aren’t meant for them because they have not, historially, been mainstream or widely adopted. Many simply don’t know what a podcast is and are turned off by the word because it’s unfamiliar. We all know what radio is. We all know what television is. Those words make sense to everyone. “Podcast” doesn’t share that luxury.

I’ve started a little experiment. I’ve been telling people that I’m an internet broadcaster. It’s a mouthful, but people get it. When they ask me what kind of show I do, I’m able to tell them and they’re able to understand because they make a connection between radio broadcasts and internet broadcasts.

What we do is not “online radio” despite what a major internet broadcasting service bills itself as. Radio is a descrete technology that has as much to do with the internet as it does with television—nothing at all.

I also dislike the terms “webcast” and “netcast“. Like “podcast”, those words are not used by the average person on the street. While they do make sense, “broadcast” is a word that nobody needs to actively recall a definition for. We don’t say radiocast or televisioncast when talking about those mediums. Broadcasters work in radio and televsion. There’s no reason broadcasters can’t work online.

Makes sense to me. What do you think? Are you protective of the word “podcast” or “podcaster”? Do you think you would make a change?