When writing opinion pieces, it is often impossible to completely express your ideas without talking about what other people have said on the subject. Personally, I love that aspect of blogging – debating issues where people have strong opinions.Unfortunately, whenever you’re covering an issue that elicits emotions in others, a debate can turn into an argument can turn into mud slinging.

Feelings can get hurt in a hurry, and I think we can all agree: no matter how much you love voicing your opinion, the goal is not to hurt other people. That doesn’t mean it never happens.

It’s one of the most stressful parts of blogging, in my opinion. Whether you like someone personally or not, it can be a little scary to disagree. Will the other person see it? Maybe. Will they be hurt? Maybe.

Should you still voice your opinion? Again, maybe. 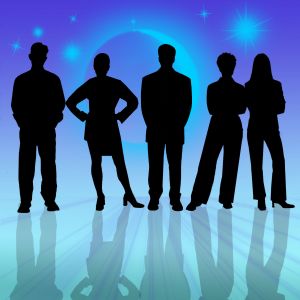 “Some people” shouldn’t have to remain in the shadows in your blog posts.

Who are “Some People”?

First, let me go over what I mean by “some people.” When you have a strong opinion that is in direct conflict with another person’s opinion, I believe that it is respectful to actually name that person and link to his/her site (with the exception being to truly heinous opinions like racial slurs, which in my opinion don’t deserve the traffic you’ll give them). Instead, what I see lots of bloggers doing is say, “Some people think…” I’m sure you’ve seen it too. Even though the blogger is talking about a specific person, they won’t name that person. They just generalize.

I’m not saying that you always have to call out other bloggers. For example, in this post, I’m writing about “some people.” Obviously not every blogger out there does what I’m writing about, but I haven’t chosen to name names. Why? I don’t have anyone specific in mind. I’ve seen people do it, and if I search long enough I can probably find some great examples. But off the top of my head? I can’t name a specific blogger.

If you can, please name that blogger. Many of your readers will realize the person you mean anyway…so don’t call them “some people.”

I’ll say this as well – it depends on the point of your post. If you’re mentioning a comment in passing or giving an example of a situation, you don’t always have to name names because that’s not really what your post is about. “Some people” could be fine in those instances, simply because you don’t want to take the focus away from your main argument. What I’m proposing in this post is that you shouldn’t use “some people” if you’re writing a post in opposition to what a specific other person (or few other people) have written or what other people are doing.

In my opinion, naming names is all about respect. We don’t have to agree to be friends. Heck, we don’t even have to agree to both be right. Two people can have valid but different opinions. When you don’t name me, though, it somehow makes it seem like my idea is not as important as yours.

You don’t have to “call someone out.” In my opinion, disagreeing with someone is not the same. Calling someone out, to me, means that you’re attacking the person and their ideas, often relying on gossip and hurt feelings without any foundation in facts. It’s not a good thing. I don’t think there’s anything wrong with respectfully disagreeing with an opinion someone else posts, though – and I think part of showing respect is linking back to them.

Naming names instead of referring to “some people” is respectful to readers as well. Your readers might know the blogger you’re talking about, but this won’t always be the case. If you don’t give them the opportunity to check out the other side of the debate, you’re not presenting the best argument possible. Your readers have the right to make up their own minds, and the best way you can make sure this happens is by presenting the opposing opinion as well, and not just as you choose to summarize it. If you really do have a strong argument, you should feel confident allowing your readers to see the opposing viewpoint as written by someone just as passionate as you.

Credit Where Credit is Due

The blog posts that you write aren’t always inspired by what other bloggers are posting, but sometimes they are…and when that happens, that blogger deserves a little credit.

You can’t copyright an idea, but that doesn’t mean you shouldn’t give someone a little credit if they gave you the idea for a post of your own. That blogger writing about a concept inspired your to write a rebuttal of sorts. In my opinion, it’s just the right thing to do to link back to that initial blogger, citing their post as the reason you’re writing about the topic.

In any niche, coincidences happen pretty regularly. Everyone talks about the same news stories, but beyond that, when you’re covering a topic that is more “evergreen,” you might find yourself posting about the same things as other people on the same day. I’ve been accused of copying ideas before, actually, but it was honestly just a matter of happenstance that we both published posts about the same subject with similar messages with a day or so of one another. I just don’t have time to read every blog every day, so sometimes coincidences happen.

The problem is, if you get into a habit of blogging about “some people” without naming names, people start to think that’s just what you do – you talk about people is a very behind-their-back type of way and present one-sided arguments to your readers without giving any type of credit. Then, when it actually is a case of coincidence, it seems like just another cowardly post on your behalf. On the other hand, if you’ve always posted links and have engaged in professional debate with your peers, most readers will give you the benefit of the doubt, not jumping to conclusions right away even if someone else recently posted on the same subject.

Finding the Confidence to Use Names

Without a doubt, naming names in any niche does require confidence. It is much easier to be more ambiguous, speaking your mind without as much risk that there will be any backlash. The truth of the matter, however, is that if everyone just agrees with you all the time, you probably aren’t being the best blogger you can be. Debate is part of what is so great about working online and connecting to people from all over the world.

Reread your post. If you wouldn’t say it to a person’s face, don’t say it online either. There’s no need to be rude. But don’t shy away from voicing your opinion, even if you agree with some pretty popular bloggers. If you do so in a respectful way, any mature blogger out there will appreciate your feedback and the chance for some friendly debate.