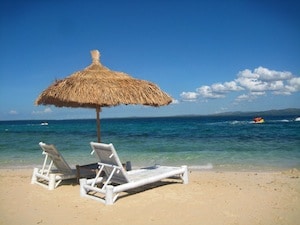 Once upon a time, posting high-quality writing or photos or videos on your travel blog was pretty much the first and only step to blogging. Now, unless it’s just your Aunt Jane who’s reading about your trip, there’s all sorts of social media marketing to think about. Whether Google+ (or any other new site popping up in the next three days) is a long-term threat to existing social media platforms remains to be seen, but for now the biggest players are Facebook and Twitter.

Travel bloggers, like bloggers in all genres, are – for the most part – engaged on both Facebook and Twitter, but in different ways and to different degrees. It’s not a science, and can involve quite a bit of trial-and-error, but here are some helpful hints before you dive into the deep end.

It’s not just travel bloggers who use social media – travel companies are, too. Wendy Perrin of Conde Nast Traveler asked a few travel industry pros how their companies use both Facebook and Twitter, and if you’re familiar with the two platforms then the answers aren’t exactly earth-shattering. Still, it’s interesting to hear that big companies like Virgin America and Travelocity not only understand that the platforms are different but also how to use each one in an effective way.

Both Travelocity and Virgin America acknowledge that while Facebook does better with “long-term engagement,” Twitter is better at handling customer service issues, often in real-time. Another perk about the immediacy of Twitter is the ability to generate sharp (albeit brief) peaks of interest, sometimes through promotions like freebies or travel deals. Because Facebook users tend to be on the site longer, that’s where conversations between users of a particular travel brand occur, alongside conversations with the brand itself. It’s a place where hotel or cruise ship guests – self-declared “fans” of a brand or product – can communicate with each other, strengthening brand loyalty and increasing word-of-mouth referrals.

Travel bloggers can, however, engage in personal real-time conversations with readers on Twitter, work toward long-term “fan” cultivation on Facebook, participate in travel chats on Twitter to expand readership/community, and encourage Facebook fans to chat with each other to generate a sense of community. Take your cue from the travel companies – a big part of your time invested in social media is about being responsive.

Let’s assume from the outset that you’re going to be on both Facebook and Twitter. Which one deserves more of your time and energy?

As you can probably guess, there’s not a simple answer here. Most people will need to put a certain amount of time and energy into both Twitter and Facebook, but each blog’s readership will help dictate which venue produces the best results and proves most worthwhile. Not only that, the content you post to each platform also has the potential to determine how successful it is. There’s some evidence that Twitter users are more apt to hit the retweet button rather than click through and read something, whereas Facebook users are more likely to click through and read many more posts than they share. Again, tracking traffic will help you figure out what your audience is responding to most so you can adjust your posts accordingly.

Since you probably don’t have a staff of 17 to deal with your Twitter followers, you’ll need to be judicious about how much time you devote to social media. It’s a good idea to try out a few things and see what works for your audience, but here are a few important things to remember:

You’ve got to go where the community is.

Back in the days of message boards and forums, community was everywhere – and nowhere. These days, the communities on Facebook and Twitter are huge, and any attempt to create a message board now would seem a little silly. The bottom line is that if you want to be in on the conversation, you have to go where the community is – you can’t expect them all to come to you. And for now, that means being involved to some degree with Facebook and Twitter.

Jessica Spiegel is a Portland-based travel writer with BootsnAll, the RTW travel experts, for whom she writes the WhyGo Italy travel guide. She also writes frequently about things like business travel and finding cheap airfare, and although she participates on both Facebook and Twitter she’s more of a Twitter fan. You’ll find her on WhyGo Italy’s Facebook page and on Twitter as @italylogue.