Remember when I asked you if you were ready for “Promoted Tweets” to start appearing in your Twitter timeline? Well, it’s happening. Twitter made the announcement today.

They start off the  blog post by saying the reason we follow a brand, business or organization on Twitter, is so we can be in the know and one of the first to hear a special announcement, get access to content or even a great offer. Promoted tweets is Twitter’s way of making sure that you don’t miss these important tweets, by placing them at the top of your timeline.

Twitter will begin rolling out these Promoted Tweets over the course of the next several weeks, with a great group of partners already on board like Best Western, Dell, Gatorade, Groupon, Sephora, Starbucks and charities such as charity: water, Make-A-Wish Foundation, Room to Read, The American Red Cross and Water.org. 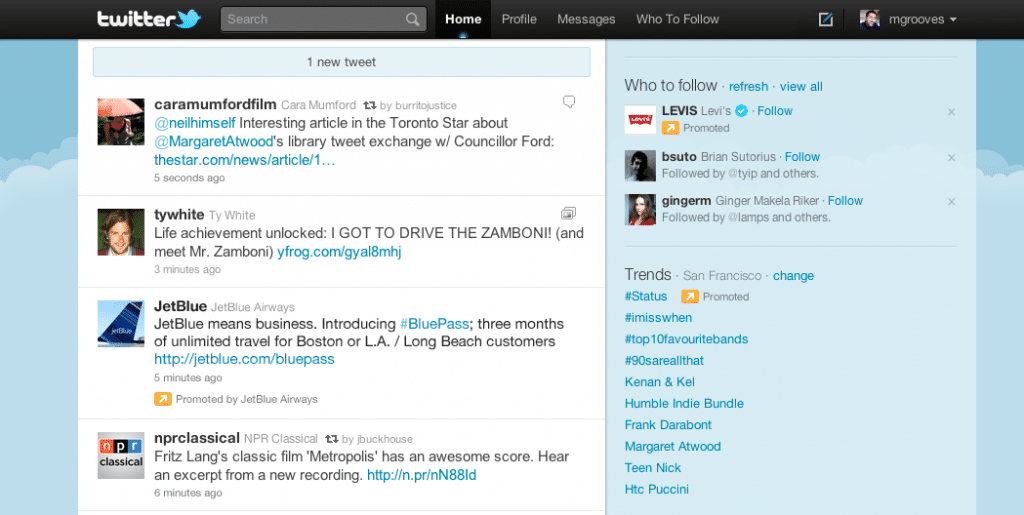 They are excited about this next step and are looking forward to your feedback. So – we ask, what is your feedback on Promoted Tweets?