Back towards the end of June, Facebook rolled out a feature which made tagging your friends in photos even easier. What made some people unhappy and felt that it violated privacy, was that this tag feature or facial recognition feature, was made a default setting.

You could disable this feature (if you even knew about it in the first place) by making a few tweaks under your “Privacy Settings”. Basically you needed to find “Suggest photos of me to friends” under your privacy settings and edit according to your preferences.

After being contacted by Connecticut Attorney General George Jepsen who expressed concerns about this new feature, Facebook decided to make the public more aware of how to turn off the tag suggestions setting.

Jepsen said in a statement, “Facebook has made significant changes that will provide better service and greater privacy protection to its users, not only in Connecticut, but across the country”.

In an effort to make “significant changes” that supposedly provides better security for its users, Facebook has launched a set of ads to show users how to turn off this facial recognition default setting. 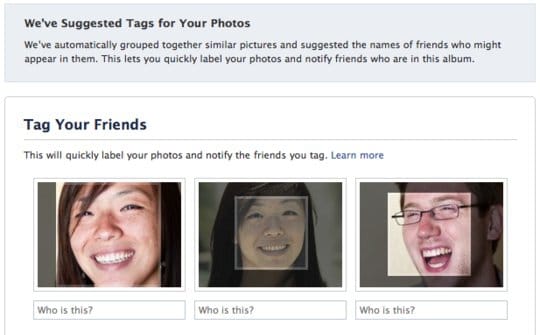 The ads began running in July. Facebook said that every U.S. user should see the ad twice. I have yet to see an ad for this, have you?