Amazon posted its financial results for the second quarter in 2011 today. The big news? Their sales reached $9.91 billion, which is a 51% increase from last year’s same period. I am sure this news makes some Californians cringe after the announcement by Amazon that they were pulling the plug on their affiliates.

The report did include a few details about the Kindle, saying that the sales were up compared to the first quarter 2011.

It was also revealed in a conference call today, that Amazon has built 15 fulfillment centers in 2011 and they plan to build a few more by the end of this year. That brings the total to 65 fulfillment centers across the globe. These centers enable the company, as well as third-party merchants to store inventory and fulfill orders.

Amazon is obviously growing and investing in their business. If only they could work out something with the affiliates they have dropped because of the Internet sales tax law. During the conference call, CFO Tom Szkutak was asked about the tax law issue.

His response was, “You know, I think in terms of the sales tax issue in total, the way you should think about it is we support a federal simplified approach as we have for more than 10 years. We think in the U.S. that the federal solution’s right way to solve this. Also keep in mind as you think about our global business, we already collect sales tax equivalent in … approximately half of our business across the world and, again, we think the right solution to the U.S. is a federal solution.”

When asked if there were any plans to cut more affiliates, he said he couldn’t really comment.

For those of you who were cut from the Amazon affiliate program in June, what steps have you taken to work towards regaining that income? 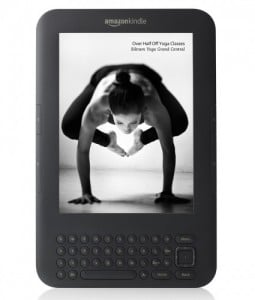