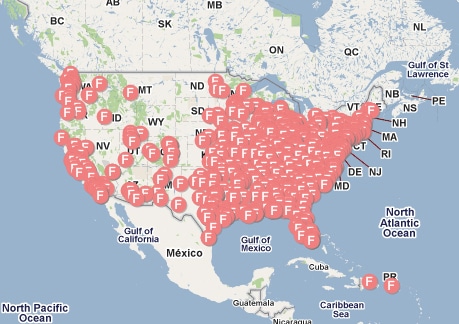 From the lessons of our BlogWorld panel came a number of questions we didn’t have time to answer.

Is acquiring a lot of “junk” fans bad for your page? It depends.

If you are a software company, B2B company or have a super niche audience, then fans for the heck of it are bad, acquired via contests or whatever. When your “real” audience comes, they’ll not feel among peers.

If you are a fast food company, or a brand that has a diffuse base (Walmart, for example), you can target pretty much anyone. Major retail brands that get power via mass media will get power via untargeted fans for the same reasons that Super Bowl commercials work. If 60% of the population uses your shampoos and deodorants, you might as well grab as many fans as you can, so long as you’re not using creative that is off-brand (example: Spirit Airlines’ recent Weiner jokes about fares that are “hard” to resist and such).

If you are an agency, it can go either way. The pros of junk fans are that clients may be impressed by a large fan count, in the same way that they’re often deterred if they see your agency has only 58 fans. If you are posting great content before a junk audience base, however, you’re not only throwing pearls before swine, but collecting responses that clearly reveal your audience is not on-target. Puzzling responses or lack of responses are the tell-tale signs.

The hidden benefit of having fans is that you can sometimes leverage connection targeting in a big way.  Perhaps the fan himself isn’t part of your target, but one of their 310 friends is. In areas where personal relationships and word of mouth are important for conversion, (local restaurants, insurance agents, and multi-level marketing,) then you have to weigh in this effect

In other words, the value of a fan = That fan’s direct conversion value + the influence value they have on their friends.

And you could supposedly chain this value all the way down such that:

A particular fan, Jenny, might be worth $3; (what percentage of lifetime value you can trace back to Facebook marketing efforts).

Jenny has 100 friends of which 20 friends are targets. (Let’s say this is Lane Bryant, seller of plus-size women’s clothing.)

The influence value on each of these 10 friends is 5 cents (if that fan buys because Jenny did). 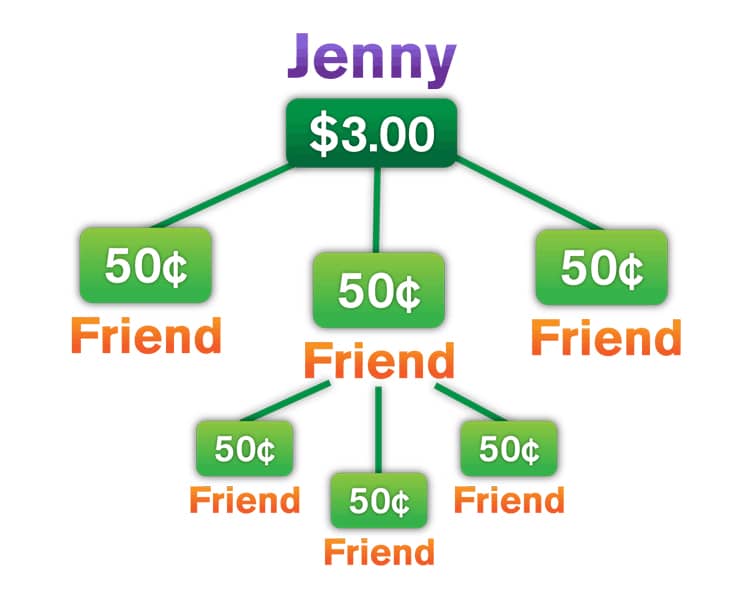 If you increase the number of friends Jenny has (her influence) to 300, increase the percentage of her friends that are in-target (dependent upon your industry) to 30%, and increase the value of friends-of-friends (a function of your product) to 20 cents, then the equation works out to $5.15.

Now the value of friends of fans goes from 60 cents to $2.15, which is almost as much as the fan is worth directly.

The beauty of this math is we can actually start to measure these values versus talk about them hypothetically.  Facebook has given us tools to determine who our top fans are.  Lane Bryant might have only 300,000 fans compared to the 1.8 million of JC Penney.  But their fans are 4 times more engaging, based on how actively they interact on the page. You can see the same thing in Adidas vs. Nike, Monster Energy vs. Red Bull, and so forth.

You can pull this data via their graph API for your own page or set of pages to determine if you have junk fans, how engaged your fans are, and whether fans are influencing their friends.  We happen to sell these dashboards, but you can certainly do it yourself with some clever programming.  Regardless, it’s not available in the web-based Insights, for those familiar with the tool.

Facebook has told us they are considering releasing influence tracking that will allow brands to determine who the “first click” influencer is—who initiated a purchase, for example, that is then later seen by friends who buy, and then friends of friends who buy. When that’s coming is anyone’s guess. But we do know it’s a long ways out, since they still haven’t figured out how to even share the data with us.

EdgeRank as a theoretical concept can best be thought of as influence; how many fans does your page have, which of those fans are influential, and what measurable conversion events occur because of it.  In the real world there are loyalty programs for airlines, supermarkets, and other companies.  I travel a LOT, so I get special treatment with certain travel providers—they recognize their best customers.

Are you measuring your best fans—the ones who have the most influence, are spending the most money, and are most loyal to you? Have you started to integrate your marketing efforts between email, Facebook, PPC, and your point of sale to identify Jenny when you see her?

Are you able to tell if that person of high engagement is also one of high influence?  Most brands aren’t yet able to measure engagement vs. influence vs. sentiment.

Dennis Yu is Chief Executive Officer of BlitzLocal, a Webtrends partner that builds social media dashboards to measure brand engagement and ROI, specializing in the intersection of Facebook and local advertising.   BlitzLocal is a leader in social and local advertising and analytics, creating mass micro-targeted campaigns. Mr. Yu has been featured in National Public Radio, TechCrunch, Entrepreneur Magazine, CBS Evening News, and other venues. He is an internationally sought-after speaker and author on all things Facebook. BlitzLocal serves both national brands and local service businesses.