On Thursday night, when I got home from work, I planned to respond to a couple of quick emails and work out. But the viral nature of social media had other plans for me. When I started sifting through my inbox and Twitter DMs, there were a number of questions regarding an article that Scott Bourne posted on Photofocus. The article had people concerned that Google was, more or less, going to take away their ownership of any rights to their photographs once they were posted to Google+. 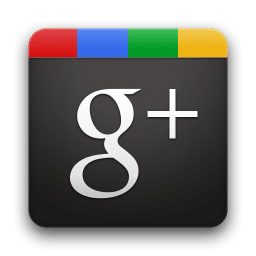 I want to note that Mr. Bourne’s article was largely misconstrued, by myself and others. I was extremely concerned by the way people were interpreting the article. I allayed the concerns that I could. The next day, Mr. Bourne published a second post that very specifically outlined his concerns as they related to professional photographers only. This clarified the specific points he wanted to make about the Terms of Service. I contacted Mr. Bourne to apologize for any snipey 140-character messages that I sent and he was happy to have his posts linked here.

What do the Google+Terms of Service mean to you? (The paragraph in question is Paragraph 11.) ¶ 11.1 states that you retain your copyright and any other rights that you hold in the content. Google is not taking away your copyright simply because you post a photo to Google+. This is how many people interpreted the TOS based on Mr. Bourne’s article. The terms do not assign Google any rights to your copyright in the image. You still own that copyright. It is still your image.

Like most social services, Google+ takes a non-exclusive license in the photo when you put it on their system. This also happens when you post a photo on Facebook. Or Foursquare. And Twitpic. Picplz, too. This has already been part of Google’s existing TOS for Picasa.

Here’s the lesson to be learned: Read the fine print carefully. For the vast majority of the population, there is no reason to panic over the Google TOS. Yet, an article published by a professional photographer caused that confusion. If you have images that you plan to use professionally and you plan to license exclusively, your safest bet is to refrain posting them from any social media sites unless you have consulted with an attorney and fully understand the terms of that particular site.

For me, as an amateur photographer, the Google+ TOS are pretty standard. I will post the same types of photos that I do on Facebook. And, when it comes to photos on Google+, maybe I am missing it, there is no way to tag embarrassing photos of friends yet, so that is a definite benefit of Google+ for now.