After whining to my Twitter followers (haha, sorry guys!), I finally found a sneaky backdoor way into the Google+ beta! I’ve been using it for about a day now, getting my profile set up and such, and although I know that I still have a lot to learn and Google will likely be making changes based on feedback in the coming months, I wanted to give you my initial impressions. If you’re in the beta, I hope you’ll leave a comment with your impressions as well.

I do realize there are some differences, even some significant differences, but Facebook is really rooted in people’s minds that I’m not sure Google+ will overcome it…and I’m also not sure that there’s room for both. Maybe. After all, I don’t think Facebook will be king forever. I guess time will tell on that one. The thing is, while Facebook really is a “my generation” type of thing (I was a sophomore when our college got it, back in the day when it was limited), a lot of business owners and people older than me who aren’t into blogging/social media as a career are just now wrapping their heads around the benefits of Facebook. I worry that throwing another, similar network into the mix isn’t what the general public needs. I guess, I was hoping it would be really different from Facebook, like Twitter is, so it would be easier for people to understand the necessity (other than “Google wants to make money” of course!).

I use Facebook almost exclusively for keeping in contact with friends and family. I share links I find interesting occasionally, but rarely do I do any kind of promotion on Facebook like I do on Twitter. One of the things I hate is when someone who I don’t know well (like a Twitter follower) tries to friend me on Facebook. I always feel like a jerk saying no, but I just don’t use Facebook as a blogging tool like I do with Twitter. With Google+, I like that you don’t have to be mutual friends. The person can simply add you similar to a Twitter follow and they’ll see all your public updates. Of course, if you have your Facebook privacy settings changed so that default is public, they could there as well, but you wouldn’t show up in their stream at all – they would have to manually check your page if you weren’t mutual friends.

I’ve written before about the fact that you need to be careful how much you rely on Facebook – at the end of the day, Facebook is not your blog. That is, you don’t own it, and thus, the owner of the content you write there isn’t really you. Facebook could disappear tomorrow…with all your content and contacts. As the lovely Heather Solos pointed out to me earlier today, “I really like that under account overview they have Data Liberation, you can export all of your contacts, photos everything easily. Building that in from the start shows me they’ve at least been paying attention to concerns about data ownership.” Yes, yes, a million times yes.

That’s all I got…for now. I like Google+ initially, but I want to reserve my final judgment for after it is open to the masses. I think, for me, it will come down to this: will people (even non-social-media people) use it? If my Facebook friends migrate, I have to say that I’ll be on the Google+ train without looking back. If they don’t? Well, I’ll be kind miffed about having to check yet another site every day as part of my job.

Oh, also – a lot of people have written MUCH more eloquently than I have about Google+. Deb did a really great post round-up of links on Kommein, so head over and check out Google+: 50 Helpful Posts to Get You Started.

What do you think of Google+ so far? 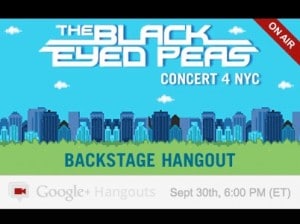