BlogWorld is thrilled to announce that Julie Bonner has joined our team of internal bloggers – covering the latest in social media news and updates! 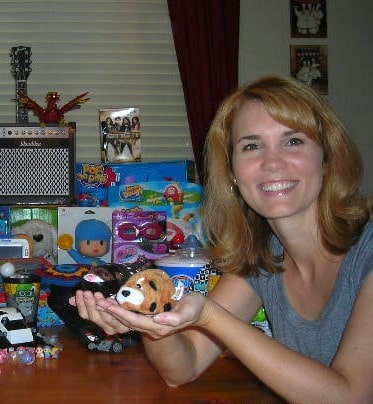 I’ve known Julie for … well forever (at least in the world of blogging). At least 4 years now! We first met as bloggers for the entertainment channel at b5media.

Then we had sort of an odd thing happen. I wrote about Junior Celebs. She wrote about Disney. b5media decided those two blogs should be combined, and they kind of forced us to become co-bloggers. Imagine our surprise! As many of you can relate to, co-blogging can be difficult. You really do have to like the other blogger, get on a schedule, make sure you are not covering (or competing for) the same topics. Especially when you’re posting several times a day like we both were.

Typically you get to choose your own co-blogger. This wasn’t the case. BUT – it worked out extremely well. Julie and I immediately got in a groove of what topics we would cover, and we were off without a hitch. A little while later the company decided to split the blogs back out again (let’s face it, the teen entertainment space is pretty hot!) but Julie and I remained friends long after.

And when we were both let go from the company – we immediately joined forces and created our own blog at modOration.com. Independently we both formed other blogs – one of Julie’s most successful being ToyXPlosion.com. Both sites had rapid growth (both hitting over 100,000 pageviews a month in less than a year) and Julie attributes that to consistent writing, making connections with companies and PR firms and of course, social media!

Julie has an amazing way of connecting with her audience and scoping out the most important and relevant information. So, please welcome her as she culls all of the news sources to bring us the latest social media information and releases.