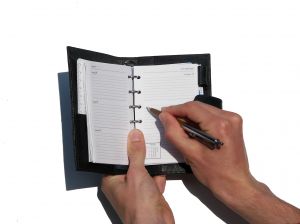 We all have them – those mental to-do lists of things that never seem to get done. How many times have you been having a conversation with another blogger who’s telling you about something they’ve recently done only to respond with, “Yeah, I really need to get around to that.”

Only problem? We rarely actually get around to those things. The real kicker is that a lot of stuff on our to-do lists are actually items that don’t take much time or effort to do. You know, stuff like making sure your blog has a mobile version or adding a mailing list sign-up form on your sidebar. Tasks that only take a few minutes, but that make us want to throw temper tantrums, kind of like when you tell the kids to go brush their teeth. It’s inexplicable, but that’s the sad truth. They never seem to get off the to-do list.

Today, I wanted to talk about getting motivated to conquer that list. As your weekend dies down, this is the perfect opportunity to start your Monday off on the right foot. It doesn’t matter how busy your schedule might be – you can kick this list to the curb. Here’s how:

Step One: Write down the tasks  you have to do.

Often, we forget about all the little stuff that we should be doing simply because they’re out of sight, out of mind. Sit down and actually pen a list. I like to actually write it on a piece of paper, but you can also use notepad on your computer or even a note-taking ap on your phone/iPad. Don’t include the daily tasks that you do already, projects you’re working on, etc. Just include all the little crap that you have to do that you usually don’t.

Step Two: Break down the tasks even farther.

Look at each task you have to do and break it down into a bunch of steps. For example, let’s say one of your tasks is creating a mailing list for your blog. Your individual steps for that task could include researching your mailing list options, signing up for one of them, setting up your account, creating a sign-up form, and adding the code to your blog sidebar. Do this for each task on your list so you have a really huge list of really simple steps.

Step Three: Label each step with a time.

How long will it take you to do each step? Most of the time, you’ll find that the answer is 5 – 10 minutes, though for some, your answer may be a little longer. Regardless, write an estimated time beside each task.

Step Four: Every day, do at least one or two steps.

You have five minutes while you’re waiting for something to download. Do a step. Adding ten minutes before you stop working for the day isn’t much. Do a step. You typically waste over an hour on Twitter at night…instead, do a step. Step by step, you’ll finish everything on your list. Just do something that corresponds with how much time you have whenever you’d typically be wasting time.

Of course, the real kick in the bum is that the list never ends. As you cross things off (which is super gratifying), you’ll think of other things to add to your list, so it will keep growing. That’s okay, because you’ll be moving forward. It’s amazing how much you can get done when you just do a few things every day.