We all have our blogging and social media idols. They’re the people who first got us into this whole crazy new media industry, the ones who taught us what we needed to know to get started. Most of the time, these idols are fixtures in the industry – everyone interested in new media (or your specific niche) knows their names. They’ve among some of the most experienced out there…and to this day, they give great advice. 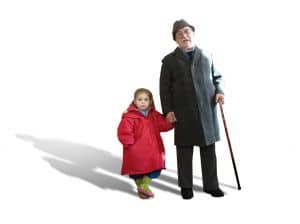 Maybe we can teach one another, if we're willing to listen.

Sometimes. For some people.

I’m in a weird place in my new media career. I first started blogging (professionally) in 2006. Well, I kept an online journal as early as 1999, but it was completely private – I actually remember that it was really weird if someone who was even a friend of a friend (not my direct friend) requested to view my blog. There was certainly no Twitter or even Facebook, and definitely no talks of branding or monetizations. So really, I’ve been blogging as we know it today since 2006, or about five years. Next to some, that makes me a baby in the new media world. Next to others, I’m a dinosaur. You might be in a similar situation.

In this situation, I come across two extreme groups. The first is made of people who know nothing about the new media world and are looking to me as a mentor of sorts, just like I looked up to people when I first became interested in blogging. It’s scary, but also really cool, because I like to help people and have a lot of opinions to share. The second group…well, they’re a little different. They don’t consider me a valid source of advice because I’m not experienced enough. I’ve only been blogging for five years and I don’t have a massive Twitter following yet, so I must not know what I’m doing.

I wonder, sometimes, if these two groups couldn’t learn a thing or two from one another. Because I don’t know about you, but my personal experiences in the new media world have shown me that being experienced doesn’t always equate to being better at something.

I’m not going to get into the debate about whether or not you should be calling yourself an expert, but what I want you to think about is this: The new media industry is changing at an enormous rate, much faster than most industries. With all this evolution, isn’t it possible that someone who just entered the industry has better ideas than someone who’s been around for awhile? Sometimes, the experience you have can really help you give solid advice. But other times, we’re so set in our ways and what we know that as things change, fresh minds can adapt more readily to new ways of succeeding as a blogger.

One of the things that really bothers me is when people talk in absolutes when giving new media advice, feeling as though they’ve been doing this long enough to do so. I disagree because frankly, I don’t think anyone has been doing this long enough to say, with any amount of certainty, that the advice they’re giving will work for every blogger. You can absolutely say what works for you, but lots of bloggers out there are breaking the rules…and making their millions anyway.

Point in case: one good piece of advice that I commonly see is that you have to define your niche when blogging. If you just blog about your life, you won’t be successful or interesting to your readers. Except the Bloggess has a wonderfully successful site where she just talks about the shenanigans of her daily life. So obviously, although I agree with the importance of defining your audience and niche, it doesn’t always work that way for everyone out there.

Also, as someone with experience, what worked for you might be horrible advice for someone else. People who have tons of experience an are considered a-listers in a niche often have some of the oldest blogs in that niche. When you’re the first of something, the rules are a little different. On top of that, what works for you to bring in the traffic and make money now isn’t going to work for  brand-new blogger necessarily because they don’t have the built-in fanbase or Google ranking you do. So, while you advice might be good for some, it is definitely not good for everyone.

If you’re a new blogger, I encourage you to go out that and read as many blogs as you can, both in your niche and in the blog-about-blogging/internet marketing/social media niche. Then, form your own opinions from what you read, even if they aren’t the popular opinions shared by others. No one ever got famous for being really good at following the directions!

And if you’re an experienced blogger, I encourage you to visit one new blog a week. Just one! Surely, you have time for that. Look at a blog from someone who isn’t super experienced in the industry, and see if there’s something you can learn. If you stop learning, you start becoming irrelevant in your niche.