The last article I wrote for BlogWorld was posted nearly a month ago. I’m supposed to be writing bi-weekly, but with BlogWorld NY happening two weeks ago, during my normally scheduled time, I skipped. I could have sent an article anyway – in fact, I had intended to. I figured I’d send the article and if they had time to post it during the hectic time, they would. 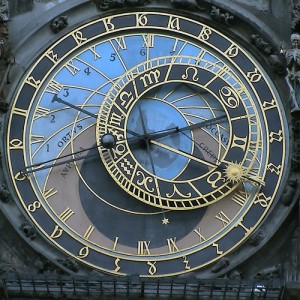 Life bit me on the butt. We moved into a new house that needed a bit of renovating and we had to get settled. My daughter was ending her Kindergarten school year. I had obligations to… well, let’s just say that I put off writing that article for BlogWorld until my regularly scheduled time had passed. I missed my opportunity to keep to the schedule that readers expect, and that’s a big deal whether you’re blogging, podcasting or producing any other content on a schedule.

I’m new around here, and I’ve rationalized to myself that being late this early in my tenure here probably isn’t a huge deal – it’s not like I have tens of thousands of readers waiting for Tuesdays to roll around so they can read my stuff, right? But it’s still a rationalization. Ten or ten thousand, one of the keys to success as a content producer is regularity: setting up and meeting audience expectations.

We podcasters have, in my opinion, an even tougher situation when it comes to scheduling. A blogger can often use quantity to overcome regularity. Posting five times a week can mean it’s okay to post on five random days each week, but many (most, I suspect) podcasters only do one show per week. We’ve been trained by decades of radio and television to expect audio and video content at a set day and time – look at any TV show that got canceled after being moved to a new time slot. If your show is posted on Fridays, you’ll lose listeners the week you post three days late. Or the week you skip altogether.

Sometimes life will bite you on the butt. Times like that, you need a plan. You can suck it up and record the next show, or you can do something a little more… elaborate. For example, I recently turned unintended downtime of a week or two into a six-week long hiatus for all but one of my shows. I’m building a podcasting studio in my new house, and I’m going to debut that along with a reboot of all my shows all at once. It will be a great jumping-on point for new listeners and hopefully generate some buzz as well.

Whether you go simple and just jump back into your groove or go elaborate and come up with a big plan, you’ve got to stick to the schedule you set for yourself. Your listeners expect nothing less.

P.S. Are you a podcaster? Did you attend BlogWorld Expo? I couldn’t attend this one (for what should be obvious reasons after reading this article!) so I’m curious what your take on it was. I’d love to read your thoughts in the comments!