If you know me or seen what I do on Geekazine, you know I like to take video. I am getting better as I go – improving cameras, adding graphics and getting episodes out faster so you see interviews almost minutes after I record them. 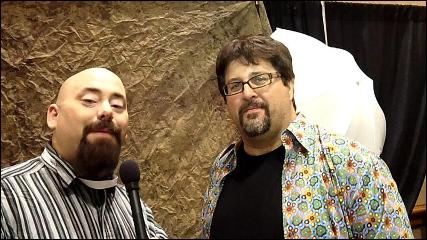 More events mean more video for me to take and you to consume. That is why I love the Expo Hall of any event. I see this as a place to get content. If you have a product or service to offer for the web, then I am going to come over and talk to you about it. Last year I had over 300 videos through CES, HP Tech Forum, Ford and BlogWorld.

That is why I ask you – the companies that rent out these booths – to get ready for… ME!

Last week I was at another show. I did exactly what I normally do; interview companies. I have a lot of great interviews from the week. However, there was one booth that got to me.

I got to the booth; a little hesitant to whether the booth was interesting enough. Nonetheless, I made the call after talking to the person there. I was holding the camera, so I figured he knew what I was doing.

So after 5 minutes of probing what this company did, I asked “Do you want to go on camera about it?”

He came back with a familiar line – “Oh, I don’t, but this person will”. Not unusal – not everyone wants to be on video. But what happened next really was discouraging.

It took this next person 5 minutes to even come over. I talked to her for a minute, which she acted like she didn’t know what was going on. When I asked if she was ready, she replied, “Oh I’m not going on camera, but this guy will…” pointing to a 3rd person.

It took this person another 5 minutes to walk over. I decided to just ask “So are you ready to go on camera?” He replied “Oh, I don’t think I want to”.

This is where I was floored. It’s not the fact that nobody wanted to go on camera, but they wasted 15 minutes of my time to play a game of “ring around the employees”. In the end, they didn’t represent their company and – in return – didn’t get an interview.

People manning a booth should be ready for anyone and everyone. Whether they want to buy a product, interview for a blog or take a video for production. It’s understandable if you want to have one person do the interviews, but have at least someone there.

I am not the only one. There are many people out there that conduct video interviews. If you don’t give us time, we don’t push your company on our sites.

The same thing goes for everyone that attends. Last year at BlogWorld, I did 30 bumpers – regular Bloggers and Podcasters that just get in front of the camera, promote themselves and hi to Geekazine.

The bottom line is you should be ready for me. I am coming in and turning on the cameras. I am here to get content for my site. I am here to show everyone what these events are like.

If you are a content producer, then you should have that same mentality. You don’t have to go the same length that I do, but if you don’t even write about one thing you saw at BlogWorld & New Media Expo, then you are not expanding your craft.

Just think of it this way: There were 3,000 people at last year’s BlogWorld. So there should have been 3,000 people that blogged, recorded or practiced their art. Did 3,000 people talk about it?

Jeffrey Powers is a Blogger and Video Podcaster for Geekazine.com and the Tech Podcast Network. You can find Jeffrey on Twitter @Geekazine. 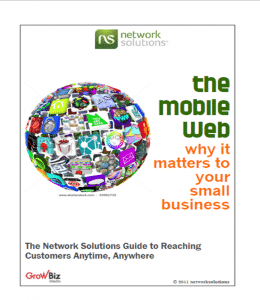 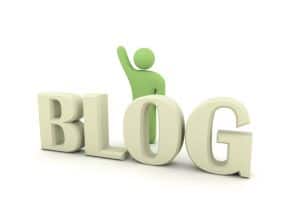 Tell Us About Your Blog and You Could End Up on TV! 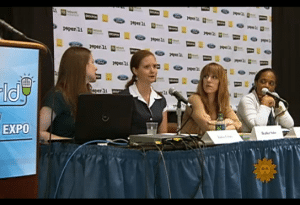