Pop culture has a lot of influence over people. There’s a reason companies sign advertising contracts with sports stars and celebrities. Even if you know that Britney Spears or Michael Jordan or whomever is getting paid a boatload of money to endorse a product, in the back of your mind, perhaps subconsciously, it might still affect your purchasing habits. Johnny Depp likes a certain candy bar, so maybe you should try it – how can such a sexy man be wrong? 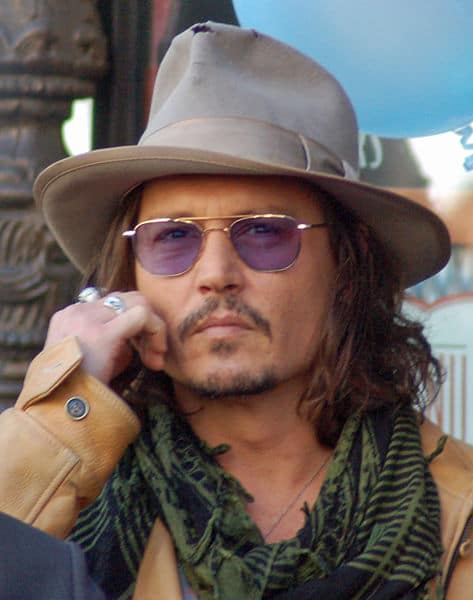 It's always a good day when I get to use a picture of Johnny Depp in a blog post. I think I'm going to start inserting them randomly when I'm having a bad day, even when I don't refer to him in a post.

Don’t forget that as a blogger, you can harness the same power to influence your readers. No, I’m not suggesting that you claim that Johnny Depp likes your blog (unless he honestly does – what a testimonial that would be!). I’m suggesting that you make reference to pop culture in what you post as a way to catch the reader’s attention, explain your point of view, and influence how your readers think about your topic of choice.

Stand Out in the Crowd

I blog about blogging here on the BlogWorld blog. Try saying that five times fast! Anyway, my niche is extremely crowded, with more blogs about blogging and social media popping up on a daily basis. A little star power can go a long way in helping catch the eyes of fatigued readers.

For example, yesterday, I wrote a post called What Say Yes to the Dress has Taught Me about Blogging. While the post didn’t go viral, at least by my standards, it did fairly well with traffic and retweets considering that I posted it at 9 PM EST on a Friday night, a time when I’ve found that most posts go unnoticed. New episodes of Say Yes to the Dress premiere on Friday nights, so I thought the post time made sense.

Now, most of the show’s fans are probably not bloggers, but some might be, and my spin on a blogging topic was a pattern interrupt, something Darren Rowse and Chris Garrett talked about at BlogWorld 2010. If it’s Friday night and you have a few minutes to kill, you’re probably sick of reading work-related posts. But if something can be entertaining as well? I don’t know about you, but that would pique my interest.

I would like to say that I’m the self-proclaimed queen of metaphors, but to be honest, more than one person has mentioned that I like using them. A lot. I think it’s an effective way to explain my point of view, especially to a wide range of people. Pop culture can help me do that.

For example, nearly everyone out there knows who Lady Gaga is. Last year, I wrote a set of posts about Lady Gaga and what she can teach bloggers. Not only are the title interesting enough to attract readers who are bored with traditional posts about blogging, but people can better understand my posts because they have a frame of reference.

You don’t have to stick to pop star-related metaphors either. For example, one of my past posts talked about something that lots of use do on a daily basis – order coffee. Ordering coffee is part of our culture, an even those it doesn’t have the star power that Lady Gaga has, it helped me explain an opinion I have about blogging.

When You Want Your Readers to Jump

Not every post has to have a strong call to action, but some of your posts undoubtedly will. One of my favorite things about blogging is the ability to influence readers. In a recent post I wrote for JobMonkey about the benefits of blogging, I quoted Lisa Barone, who said the best thing about blogging, to her, is “The ability to change the course of an important discussion.” I wholeheartedly agree.

Pop culture can help you do that. Remember what I said in the beginning about Johnny Depp influencing someone to buy a candy bar? The same is true of your blog – a little star power can help you change the minds of your readers. It can even help you sell products.

Now, unfortunately, few of us have a direct line to the Depp household, and I strongly recommend that you don’t say a celebrity likes your blog or product (unless they’ve okay’ed it, obviously)…but let’s think on a smaller level here. Pop culture doesn’t have to just mean movie stars or famous athletes. Who is popular in your niche? If you think about the pop culture of this smaller group, it’s a lot easier to find people who are willing to serve as a testimonial for you. These “stars” might not be household names in the traditional sense, but they are among your readers – and those are the people who are going to read your content or buy your products anyway, right?

So, throughout this post, I shared with you a few different posts I’ve written that reference pop culture as a way to catch the reader’s eye, explain my point, and influence reader. I wanted to give you the chance to do the same. Leave a comment with a link to your best post that references pop culture. How have you married pop culture and your niche?